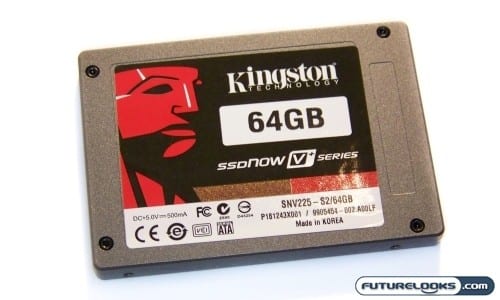 Kingston Technology is back with a new and improved version of their value series of SSDNow solid state drives called the V+ Series. While the original entry level SSDNow Value Series was a competent drive based on it’s price point, it did suffer against faster foes based on its use of the infamous JMicron controller. Having said that, Kingston did a great job tweaking the controller and made it a great value for those who just had to have an SSD at a more entry level price.

Regardless of whether an SSD uses MLC or SLC, the memory controller is essentially the one component that can make or break an SSD. Now that the slower JMicron controllers are rumored to be thinning out, vendors are left with better bargain choices like controllers manufacturered by Samsung. Performance is said to be noticeably faster than the JMicrons, but just short of the more expensive and highly sought after Indilinx controllers. Does the SSDNow V+ take it’s new Samsung controller and run with it? Let’s find out! 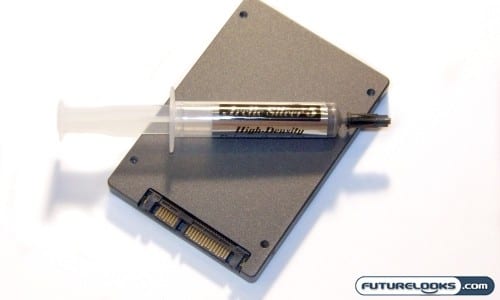 Before getting into the thick of things, let’s reiterate a few important points about this new addition to Kingston’s value arsenal of SSD drives. First off, this drive uses a Samsung series controller. If you recall, small block performance came up quite short in the JMicron controller based original Kingston 128GB SSDNow Value Series drive that we reviewed earlier in the year.  The Samsung controllers are better tuned which should equate to overall better small block performance and peak transfer rates.

The SSDNow V+ series drives are available in 64, 128, and 256 GB sizes. Kingston states that there is a slight Write performance difference between the models. In the case of our 64GB test model here, the Write throughput specs out at 140 MB/s, the 128GB enjoys a 170 MB/s while the 256GB produces 180MB/s. Read throughput is still 220MB/s across the series so there’s no lack of read speed in this respect.

As with any Kingston SSD drive, there’s a nice 3 Year warranty to back it up. Since “wear leveling” has been estimated to occur somewhere around the 12 year mark, this should offer some peace of mind that you can beat it down as much as you can in the 3 years. Chance is enormously in your favor that this, or any SSD, will far outlive your platter drives.

You Don’t Get A Lot In The Box

Our SSDNow V+ 64GB SSD arrived in an OEM box. OEM more than likely means yours won’t arrive with mounting adapters software or any of the other niceties that a retail package will offer. This is a handy little bit of info that can save you some hassle down the road. Just don’t forget to pick up the bits you need before your upgrade project.

The SSD design is pretty simple. You get a little Kingston wrapped SSD in a thin, light weight aluminum case. If it weren’t for the Kingston sticker, you wouldn’t know who made it. Thus far, no one has come up with any fancy housings to show off their insides or expose them in any way. Could this be a hint? If it is, I’m holding the patent! 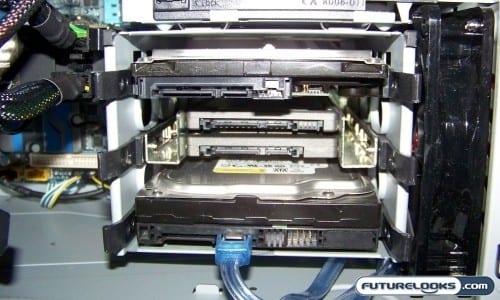 The test system is configured exactly to match the test system we used in the original 128GB SSDNow Value series review. I even installed the V+ SSD in to the same mounting bracket that’s already holding the 128GB V Series. This way we can show you a more perfect apples to apples comparison. The only difference is the omission of any regular SATA hard drive benchmarks since we know there is no comparision in speeds.

Just in case you forgot what we had in the test system, here’s how it’s set up:

In order to make things interesting, the Indilinx equipped Patriot Memory TorqX 128GB SSD was thrown in there just to mix thing sup when it comes to controllers. In effect, this becomes a three way competition between Samsung, Indilinx and JMicron.

Following standard operating procedures (at least around here), the test system was confirmed up to date with the latest drivers and BIOS. Both SSDs were formatted so the performance results would be fresh. Tests were conducted with any Caching disabled. The test software suite includes SANDRA, ATTO, QuickBench, and CrystalDiskMark.