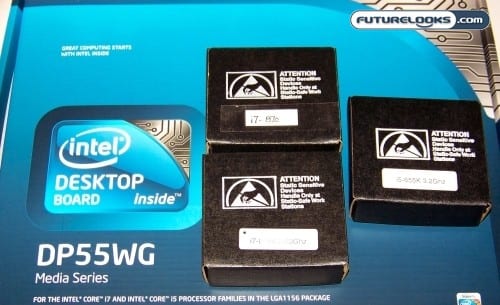 “Say what! Another processor?” Well, yeah, what else are they going to do over at Intel. Someone is always actively looking for good ways of making current generation processors better. Of course, these are just the ones we know about. When they’re not busy launching a processor, they’re busy working on other projects like fine tuning their DP55KG, or DP55WG motherboards. Today, we get to see a tweak in their processors which include a new Core i5-655K and Core i7-875K “K Series” processors. Trickling down some tech from their top end chips (and aiming straight at AMD Black Edition parts) the new processors offer some multiplier unlocking goodness at a more affordable price. Let’s see how they perform!

Chances are that you’re familiar with the LGA1156 processors we covered over the last year as well as their most common features. But, the biggest change to the Core i5 32nm Clarkdale and i7 45nm Lynnfield processors is their “unlocked” multipliers. More on that in a minute. 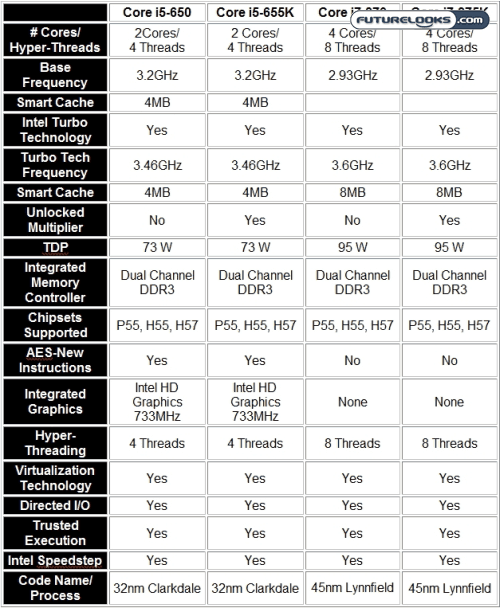 The most familiar differences here are that the Clarkdale contains an integrated graphics processing unit where the Lynnfield does not. The Core i5-655K is currently the perfect processor for home theater PCs especially when coupled with an H55 or H57 motherboard. The Core i7-875K is best suited for mainstream and even pro-users who have need more computational power. 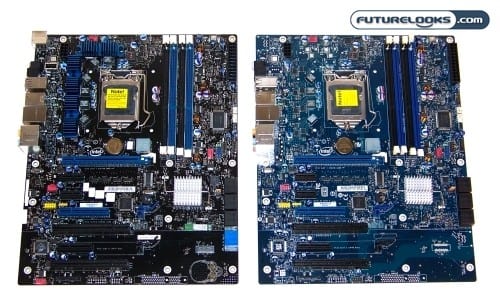 INTEL has made some adjustments to their motherboards in anticipation of unlocked multipliers. Since the Core i7-875K is a power user processor, it would be best suited for Intel’s DP55KG motherboard while the Core i5-655K is a good budget solution and matches well with the DP55WG motherboard.

If you aren’t familiar with these parts, both boards support many of the same features including ATI Crossfire and NVidia SLI. In fact, both are nearly identical except when it comes to expansion slots and overclocking. They both offer the Realtek ALC889 audio Codec which means quality should be siilar in movies or video games. 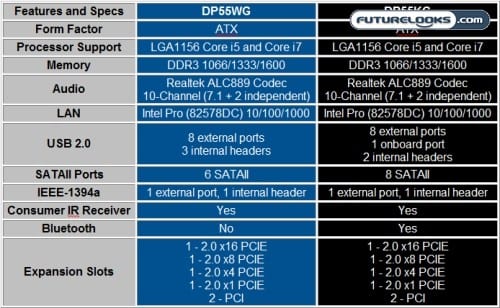 We’ve written a comprehensive review of the INTEL DP55KG motherboard if you want to see what it is capable of. If you already have one, remember that  your DP55KG will require a very easy BIOS update where as the more current INTEL DP55WG does not.