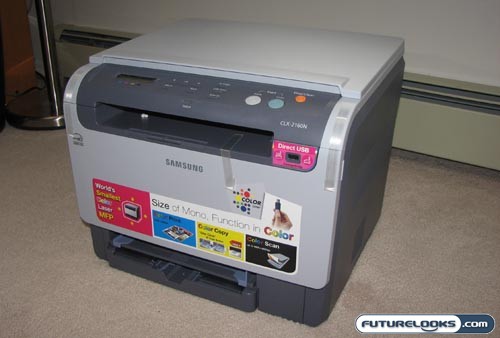 One of things that has been holding me back from investing in a multifunction laser printer is the fact that these things are typically pretty gargantuan, especially if you want a laser printer with color. These machines are even bigger if you must have a flatbed scanner rather than the paper shredder-style ones that try to keep the girth down to a minimum. The Samsung CLX-2160N multifunction laser printer may be marketed as the world’s smallest color laser MFP, but don’t let that fool you. It’s a heck of a lot bigger than most desktop printers. At the same time, it’s a heck of a lot more powerful too.

What Functions Make it a Multifunction

For me, I just need a printer to print. I want it to print quickly, clearly, and filled with vibrant colors. For other people, particularly those who run home offices in the smallest of spaces, multifunctions are obviously the way to go, because you just don’t have room to stash several different devices in such a small room. 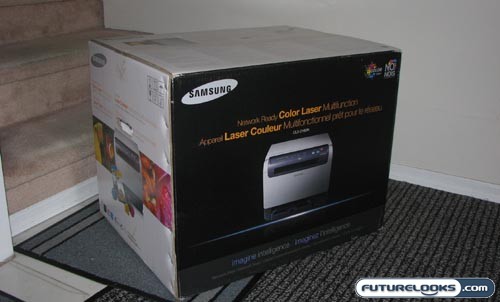 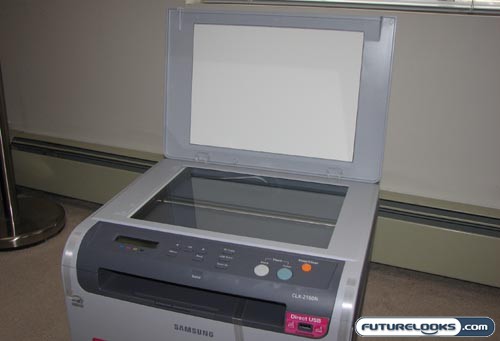 I do find it interesting that Samsung didn’t include some sort of fax functionality in this machine, but I guess in the day and age where everybody relies on email, faxing has become less of a priority. Even so, it’s something that I would have liked to see in a multifunction printer clearly designed for use in small offices.