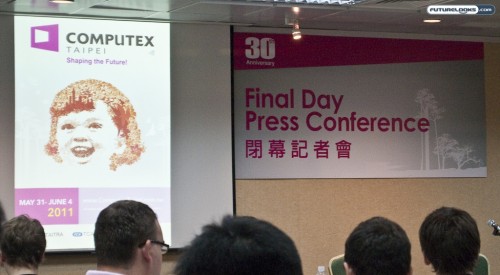 We still have some coverage that needs to be processed, but the actual COMPUTEX Taipei 2010 trade show has officially come to an end. The Futurelooks team attended the final press conference to hear what TAITRA Executive Director Mr. Moses Yen had to say about the show. 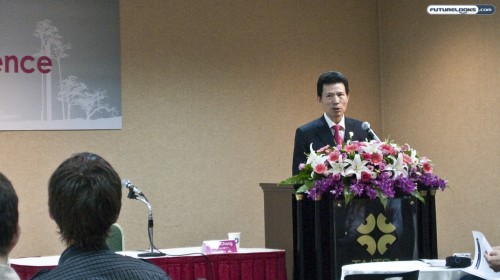 A good part of the COMPUTEX show is dedicated to buyers forging deals with manufacturers, but from our perspective, we’re much more interested in the new product launches. In this regard, COMPUTEX did not disappoint.

Among the highlights listed by Mr. Yen were the new AMD APU, the rugged tablet PC from GETAC (which we’ve tested personally), the Asus Eee Pad, and even an MSI vacuum cleaner. Yes, this show is pretty diverse. 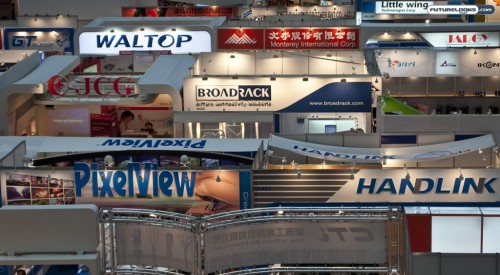 Mr. Yen also commented on the expanding nature of COMPUTEX, getting beyond “just” computer components and into consumer electronics and other end products. This slight shift in focus toward design and innovation has made the distribution of show floor space a challenge.

In addition to expanding into more consumer-oriented products that can actually be purchased by the average Joe, like smartphones, COMPUTEX also expanded the China Pavilion. This expands the international focus of the show as well.

Looking ahead to the future, the organizers at TAITRA are considering the use of Taipei World Trade Center (TWTC) Hall 2 for next year. For 2010, they used Hall 1 and Hall 3, as well as the Nangang Exhibition Hall. The second Nangang Hall is expected to be completed by the end of 2012, so it might be ready for COMPUTEX 2013. A third Nangang could be in the works too.

What’s Up with the New Logo? 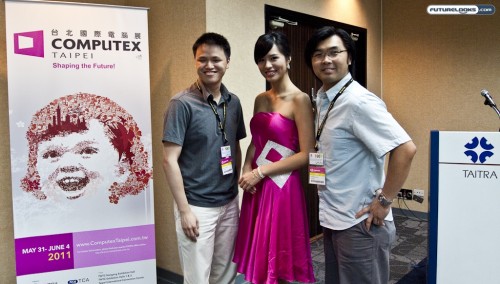 First, the switch to a pink and white color scheme was to help differentiate COMPUTEX from the many other trade shows during the year. Many others tend to use blue and COMPUTEX wanted to be different. Also gone is the computer shape that represented the traditional shape of PCs in days gone by and also unshackling the event from being just a computer show.

Second, the logo is supposed to look almost like a three-dimensional window. This helps to make the logo a little more timeless and it is meant to evoke a sense of “looking ahead” into the future, gazing into infinity… along with “endless work” and endless possibilities.

COMPUTEX Taipei 2011 is scheduled to take place between May 31 and June 4 of next year. If you happen to be down in Taiwan during that time of year, be sure to check it out. I’m sure the many companies in their many booths will have many more things to show us next year. Make sure you keep an eye on our YouTube Channel, our front page and our roll back our Twitter Feed to see everything you missed and everything we’re busy working on telling you about from Asia’s largest computer show.