When we think of recycling, most of us see plastic bottles, newspapers, and milk cartons. That’s why when Lowepro announced that their 40th Anniversary signature camera bag, the Primus AW, would be made of a 100% post consumer recycled material known as Cyclepet, I was curious to see how they would pull that off without sacrificing the durability. As we’ve found out in the past, Lowepro makes some seriously durable bags for demanding photographers so I was doubly curious to see how the apparent downgrade of material made of used “waterbottles” would stand up to real world use. 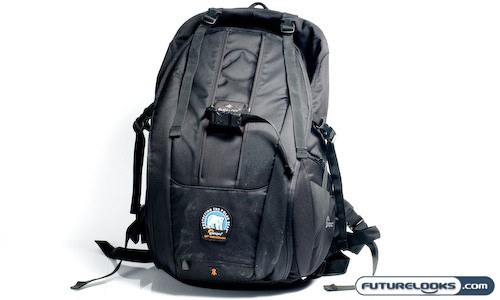 With the COMPUTEX Taipei trade show coming up as we received the bag just over a month ago, it was only natural for me to take it with me and just beat the crap out of it. I mean, how tough could a bag that used “enough recycled material to equate to approximately 22 soda bottles” be? I guess conserving “.0034 cubic yards of landfill space, 15,109 BTU’s of energy, .002 barrels of crude oil and .12 gallons of refined oil” through this bag’s production process at least gives you a warm fuzzy, but I would be the wrong warm and fuzzy if all my DSLR gear hit the ground. Let the story unfold here my friends!

The bag is fully airline carry on approved so you shouldn’t have any problems taking it into the cabin with you. We tested this during our trip filled up pretty good and we were able to push the whole bag in any overhead compartment that we came across. The bag will not fit under the seat in front of you though, but you wouldn’t want it there anyway.

The weight of the bag without any gear was 4.6lbs or 2.1kgs if you’re metric. So despite its recycled nature, it still isn’t some lightweight flimsy thing. However, we’ll see if it will tear apart under load and abuse. The Lowepro Primus AW comes in Black as shown and an Arctic Blue version. It hits the streets at around $199US or less.

Features and Impressions on the Outside

We’ve already talked about the Cyclepet fabric that this bag is made of. Initial impressions of the material are positive and to be honest, I had a hard time telling the difference from it over some of the other good bags that I’ve had from Lowepro and other manufacturers. So let’s check out some of the cool features of this bag… 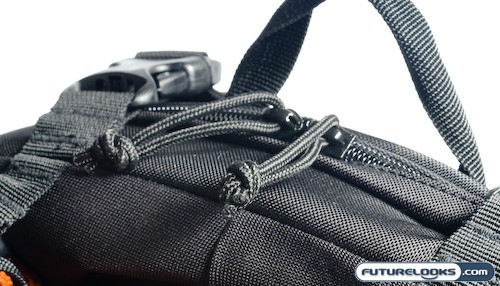 Lowepro uses YKK zippers for the whole bag. With over a month of tugging and pulling, the zippers all over the bag have held up very well from repeated use. One thing that was somewhat of a sore point was seeing how cheap the zipper pulls were. Granted, there was no functional issues with them, but I do like to see solid metal or rubberized pulls on a special bag like this 40th Anniversary Edition. Every single one of the zipper pulls used this “shoelace-like” material. I know it is a bag using recycled materials, but I prefer to not look like it as much as possible. In fact, I had to re-tie a few of these “shoelaces” as they seem to untie themselves every so often. You can, however, take a lighter to them if you want them to stay put forever. On the other side of the zippers are weather flaps that keep your gear protected in case you forget to seal all the way up. 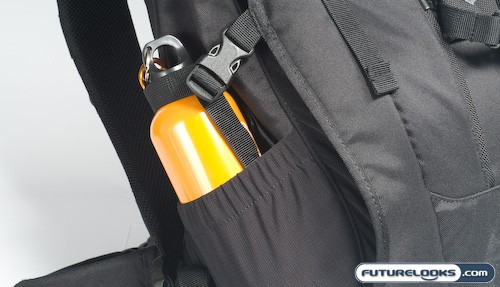 One thing that I’ve noticed lacking on many of the Lowepro backpacks that I’ve used in the past was the simple inclusion of a waterbottle holder. I mean, next to food, water is pretty important, especially when you’re hiking and sunning in the backcountry. Instead of mesh, Lowepro has outfitted the Primus AW with an expandable fabric pocket that allows you to carry and secure anywhere from a standard sized soda pop can to one of those 1.1 litre bottles without it falling out easily. I wonder why it took them this long to include such a useful feature. All my cheapie bags have them. Nonetheless, a nod for doing it…finally.