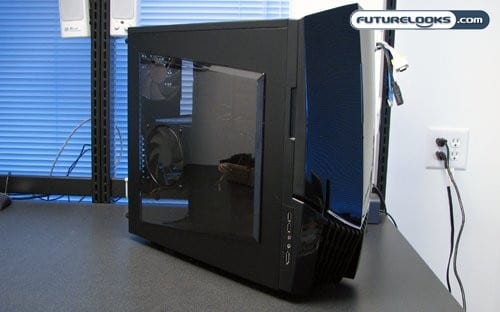 When you look back more than 5 years, picking an enclosure for your computer was a rather simple affair. You had beige, and beige, oh and maybe some off-white thrown in just to spice things up. Today beige is a thing of the past, and the market is flooded with every type of box imaginable to contain your parts. NZXT, you keep releasing a constantly refreshed supply of new cases that focus on all aspects of the market. Today we’re looking at their latest gaming case, aimed specifically at those who want a case with the looks of a sports car and the budget of an econobox. 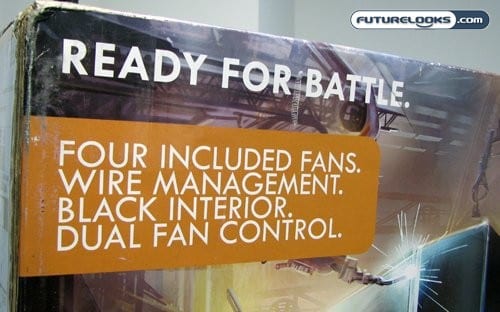 The LEXA S is the gaming case we’re talking about when it comes to the mix of budget and style and for those familiar with NZXT’s products, you might recognize the name. The LEXA name has appeared on two previous NZXT cases; the LEXA and the LEXA Blackline. Whereas those two cases are similar looking versions of the same case, the LEXA S is a less expensive rendition with a similar interior and newly designed exterior. However, being less expensive doesn’t equate to being less of a case.

The LEXA S still has some interesting features and design qualities which include:

Full details and more can of course be found on the product home page as we’re hear to tell you new stuff, not regurgitate other people’s stuff. 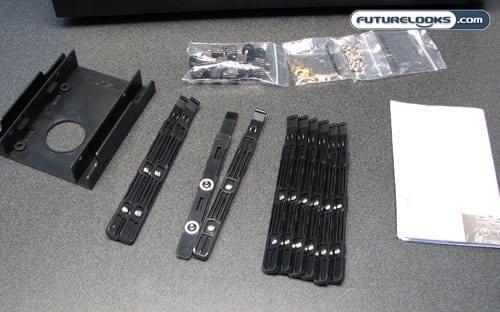 NZXT has attempted to include all the accessories you would need to make this case as toolless as possible when a system is installed. You are unfortunately going to need a screwdriver to install a power supply and any expansion cards, but we won’t hold it against NZXT. There’s enough thumbscrews included to take care of the front facing 3½” and 5¼” drive bays. The side panels also attach with thumbscrews.

As for the hard drives, they are all mounted on vibration dampened rails. Should you have a couple Solid State Drives kicking around, NZXT has included a special plastic adapter that can install two 2.5″ SSDs into a single 3.5″ hard drive bay. As for instructions they are there, and they cover the basics and some of the quirks of this case. Just have your Google ready if you have any questions with install a computer into a case. 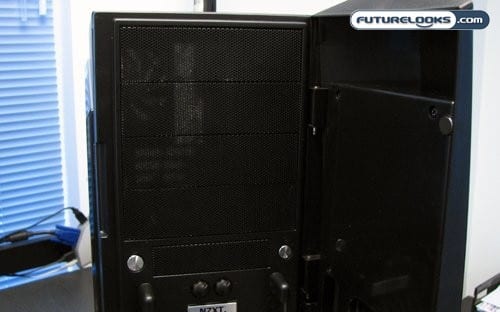 Any particular feature of this case is a good place to start, so we’ll just start with the front. The reduced price of this case comes down to the materials used in construction; a point driven home on the bezel of the LEXA S. Where as the first LEXA was an all aluminum affair, the LEXA S is made of steel with a plastic bezel. That’s not necessarily a bad thing, as the bezel and the door on it are very study and polished to a mirror black finish.