Before LANcouver 2011 last year, I didn’t even know that anyone was trying to resurrect the glory of the multi-day LAN event in the Vancouver, Canada area. But a chance encounter at the Memory Express Duke Nukem LAN changed all that for the better. It was there that I ran into Spencer Whitney, the man behind the LANcouver movement, and together, we set the wheels in motion for a LAN renaissance in Western Canada.

After Futurelooks did what it could to shine as big of a spotlight as possible on last year’s event, it was clear that in order to continue the momentum, this year’s event needed to be bigger. Much bigger. If LAN events are to be reborn in Western Canada, LANcouver 2012 needed to be EPIC and that’s exactly what has happened.

With its humble rebirth last year, LANcouver 2012 has gone from a warehouse in Vancouver with asbestos warning signs (though we were assured by the owners that it was taken out) to the state of the art Richmond Oval, located in Richmond, BC Canada, which was once home to the Winter 2010 Games and all the speed skating events. The event will occupy an entire Olympic Sized Hockey Rink, with the ice removed of course, and will open its doors to BYOC (Bring Your Own Computer) LAN gamers on June 29th, 2012 at 4PM, running continuously until July 1st, 2012 at 5PM. That’s coming up FAST so if you’re sold already, go get your passes. Use code NCIX for $10 off. For the rest, read on for more goodness! 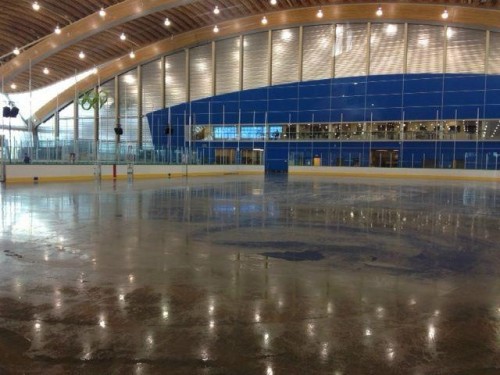 The venue has showers, change rooms, lockers, and bathrooms on every floor, very close to the BYOC LAN area. The Cafe inside the venue will be open late for us every night, and if that doesn’t do it for you, Richmond is known for its Asian inspired food and cheap eats, all within 5 minutes of the venue. And if you want to sneak a nap in between fragging, you can visit the “rest area” that’s near the BYOC area so make sure you bring pillow and sleeping bag. If you prefer somewhere softer to sleep, the Hilton is the official Hotel Partner and is offering discounted rooms with quad occupancy for LANcouver so get your discount here.

This is definitely an EPIC venue that has seen many medals and awards. Hopefully that good luck rubs off on cyber athletes too!

Who Are The Big Sponsors This Year? 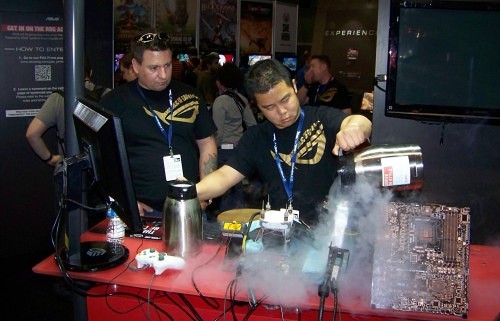 We called everyone in our contact list and mighty ASUS stepped up to become the official presenting sponsor of LANcouver 2012. They’ll be dragging a massive 20×30 booth to the event to show off all that ASUS has to offer gamers. From their awesome ROG motherboards, to their uncompromising ROG gaming notebooks and gaming graphics cards, there will be something for every gamer and enthusiast at this event. ASUS celebrity, JJ Guerrero, will also be in attendance to answer your toughest questions both on stage, at the booth, and in the panels. Expect some sweet overclocking demos and more at their booth. They are also giving away free BYOC passes to the event so make sure you sign up for their contest to win one of two passes!

Also stepping up to the plate is Kingston Technology and ANTEC. Both of them will be providing some fantastic prizes, freebies, and giveaways all weekend long and will have their booth all set up to let you see and touch their latest and greatest products. Kingston is also bringing back the popular HyperX Keyboard Chucking Challenge and ANTEC will be doing a new event at LANcouver which is part of something we call “LANcouver University”. 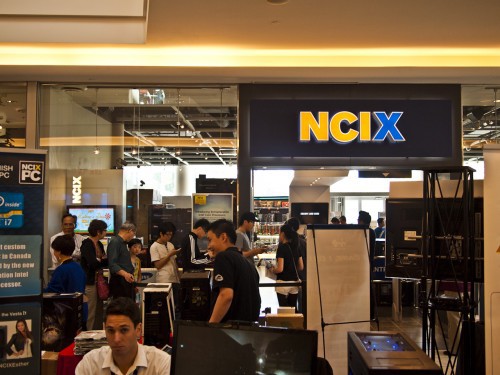 Canada’s Leading computer retailer, NCIX along with their Mac counterpart, COMPU2000, have both come onboard to support the community and gaming. Both companies will be showing off all the cool computer stuff you can buy today and they’ll even be doing some super secret show specials that even we haven’t been told about. If the deals at the NCIX Tech Fair were any indication, there will be some things worth breaking open the piggy bank for. Or you can just pay with cash, debit, and credit.

If you leave something behind, NCIX will also be stocking all the LAN party essentials like ethernet cables, power cords, power bars, and anything else that you’ll need to get yourself setup to game on all weekend long. They are also giving away BYOC and guest passes so make sure you check out the contest they are running. Expect to run into Esther, The Crazy Russian, and of course Linus at their spacious and fully stocked NCIX booth!

Now let’s get on with the information on tournaments, prizes and glory!