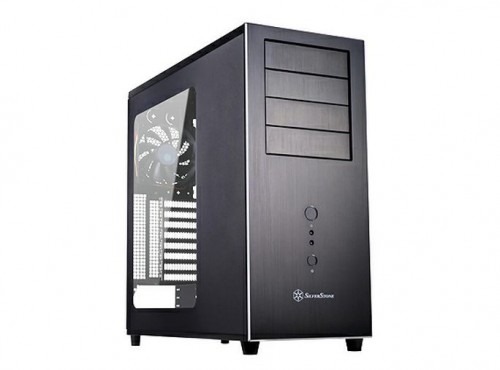 There are a lot of great ATX mid-tower cases on the market today. The only real way to set yourself apart is to either have the best of a particular feature or a very unique feature. SilverStone has been one of the companies we can depend on to create unique case designs. The case we are looking at today is not a unique look, but does have a very unique system of space and cable management. Lets see what a seemingly “basic box” can be when it’s pushed to the design edge with the SilverStone TJ04-E (Windowed) Evolution chassis! 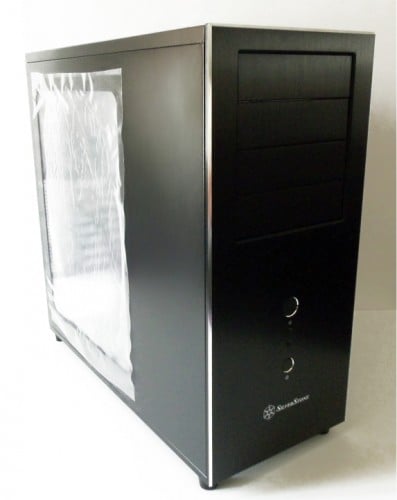 There are two very interesting aspects to this case, but those will take some very detailed explanations so lets start with the basics. The TJ04-EW Evolution is part of the Temjin Series and is built with a very strong steel body with a solid 1/4 inch (7 mm) thick aluminum face. The case supports SSI-CEB, ATX (up to 12 x 10.9 inches), and Micro-ATX motherboards. It comes with three 120 mm fans (Top, rear, and side) with the side fan not being over the motherboard tray, but near the front on the right side of the case. I will come back to why that is important later. 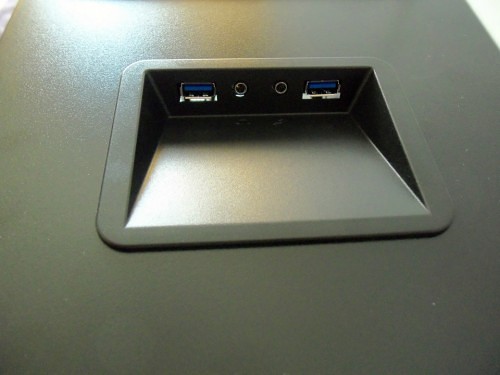 The SilverStone TJ04-EW does approach cooling in a different manner. There are three fan intakes and three outputs. The front side has space for two 120 mm fans and one 120 mm fan slot in the bottom. The exhaust comes from the 120 mm fan in the rear, 120 mm top fan slot, and optional top 120/140 mm fan slot. The key to proper cooling and dust reduction according to SilverStone is the TJ04-E’s positive pressure design. This is why the case only has ventilation via the fan slots and expansion slot vented plates.

At first glance, it’s a seemingly nice package for the $149.99US MSRP, but I am here to offer a closer look so let’s get going on that! 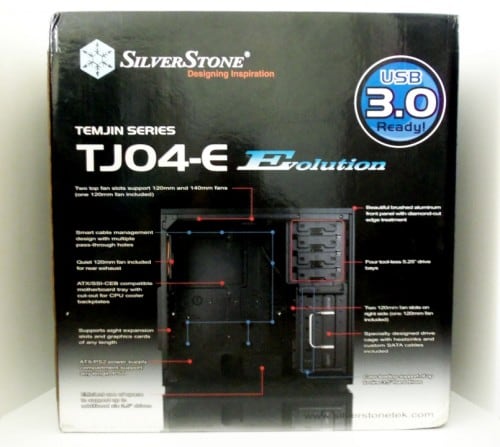 The box for the TJ04 is fairly simple, but provides a lot more detail about the case than most PC case boxes. It has the default eye catching ad on one side with the specification list on one of the sides. It also has a diagram that provides more details about the case such as the unique internal HDD case, locations of fans, location of cable managements, and other quick details about the case. This is important as some cases don’t give very good descriptions of their features, leaving you surprised by unexpected things. Such is not the case here. No pun intended. 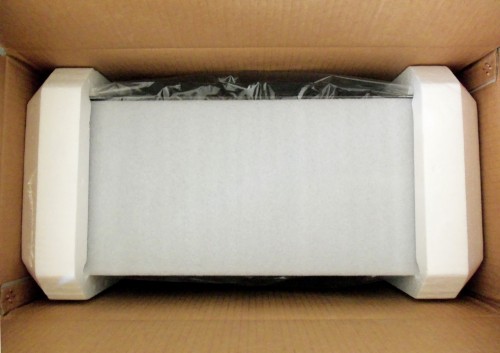 The SilverStone TJ04-EW is protected by two very large foam pads, standard plastic protective bag, and flexible foam sheet to prevent scratching the beautiful from aluminum panel. I also found inside the case itself a unmarked white box that weighed well over 5 lbs. It was like a white brick in the case which turned out to be the box of accessories and screws. We’re going to get into more detail about the contents of this box in short order.

The TJ04-EW and its box have set the tone by being familiar yet offering more than your average mid-tower. Trust me when I say pictures do not do this PC case justice. The black steel and face plate with polished unpainted edges has an elegance to it you cannot photograph.

Since the focus is on the case, the internal components are mainly just to generate the heat of an average PC system. To ensure I get worst case scenarios to match the results to past case reviews I will continue to use the Radeon HD 6850 reference card and Stock AMD cooler.

The software here is your standard fair. I use some common overclocking stability tools to generate as much stress as possible and a third party tool to document the temperatures. Please note that the temperatures may vary for you based on the season and temperature in your home. Also keep in mind the temperatures are taken from AIDA64 Extreme Edition and may be different for other programs, but should follow the same trends.

As I promised in the last GIGABYTE motherboard review, lets finally take a closer look at the case I was using at that time, the TJ04-E Evolution.