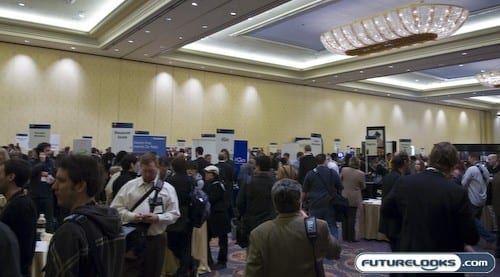 Every year at the Consumer Electronics Show in Las Vegas, the organizers put together a preview event called CES Unveiled. Taking place a couple of days before the actual trade show opens its doors, CES Unveiled lifts the curtain on what we can expect in the days to come. We’ve already had a peak at what MSI has done at the show, but since CES is the Consumer Electronics Show, it wasn’t all that surprising to find quite the range of products on display from gadgets to computers to electronics and toys. Listed below are some of the highlights from the evening’s festivities.

We all have a responsibility to the environment and that’s why it’s so important that you should do your part and go green. It’s all about the little things that you can do, like recycling that empty soup can instead of throwing it in the trash. 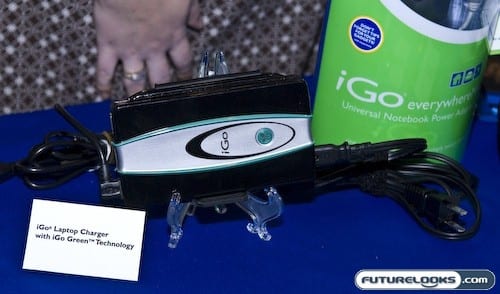 Echoing this commitment to greener living is iGo with its new iGo Green Technology. Shown above is the iGo Laptop Charger with iGo Green Technology. Designed to replace the power supply that came with your notebook, the iGo Laptop Charger includes an automatic shut-off feature when it recognizes that your Asus Eee PC, for example, is turned off and doesn’t require any power from the wall. This is designed to “virtually eliminate vampire power.”

As you may already know, many electronics still draw power from the wall while turned off or in standby mode. This is true of everything from your desktop computer to your HDTV, your Xbox 360 to your microwave. By completely shutting off its power draw, the iGo Laptop Charger can reduce standby power by as much as 80%. 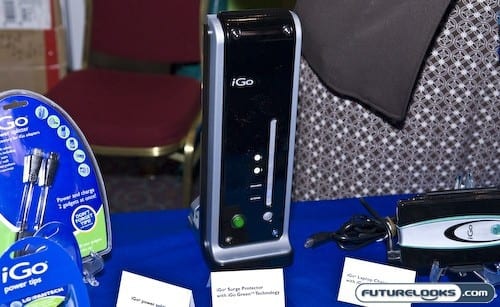 But what about everything else in your home? The iGo Laptop Charger may be great for your laptop, but a more comprehensive solution would be the iGo Surge Protector with iGo Green Technology. It works much like any other surge-protecting power bar, but the critical difference is that four of its eight outlets can completely shut off when the connected devices don’t need the power. The remaining four outlets are designed for products that do need power all the time, like a clock radio.

Care to Radio-Control a Robot? 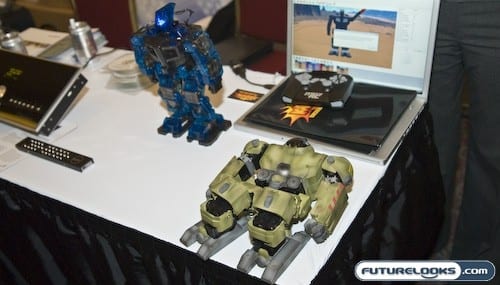 At CES Unveiled, the UK was featuring a number of innovative products from the land of Her Majesty the Queen and MI6. One of the more interesting products, especially for those that are into robotics, is a product by KABLAMM. The MECHRC product they were showing off gives you the ability to customize a rather cool looking robot with seventeen independently controllable servos, driven by a fully featured robot control software suite. Once setup, your robot can be controlled via a gamepad-style remote handset and taken into battle.

The robots also feature built in audio for outputting “creative slogans” during battle and a suite of expansion options which include larger batteries, electronic expansion modules for future features, and even mechanical expansion to augment your robotic warrior. This company also consults with HASBRO on projects related to Star Wars and our favourite robots in disguise, the Transformers Franchise.