Why would you watch your favorite videos on your computer monitor when you can get a full 5.1 surround sound HDTV experience in your living room? This is partly why the whole idea of a media player has really caught on in recent years. Many folks don’t want to bother with the time, complexity and expense of a HTPC, but these little media-playing set top boxes are so convenient and inexpensive.

One of the latest to join the pack is the Asus O! Play HD2 HD media player. This is far from a virgin effort on the part of Asus to enter this market, so it comes with some definite improvements over its predecessors. Is this enough to warrant an upgrade? 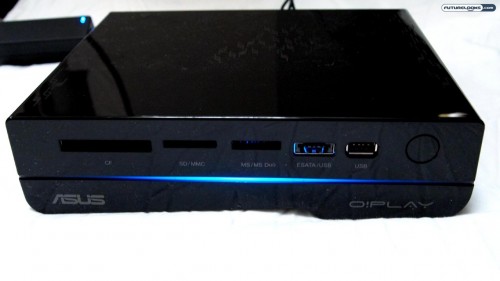 Easily one of the most notable upgrades that the HD2 offers over the now dated Asus O! Play HD is that there is a dock on the inside for a 3.5-inch SATA hard drive. The drive isn’t included in the box, of course, but this means that you can go ahead and install just about any compatible platter of your wishing.

There is certainly no shortage of input and output options either, both of which we’ll discuss in further detail in just a moment. One slot that will definitely jump off the page for most folks is the inclusion of USB 3.0 on this device. That’s the good news. The bad news is that it’s not compatible with USB 3.0 flash drives or external drives; it can only be used for a direct connection with a computer.

Running through the rest of the specs, we find network connectivity, a plethora of format supports (for audio and video), subtitle support, and a super glossy case. Yes, it’s going to attract fingerprints.

Price wise, the new O! Play HD2 will be hitting the shelves at around $129 US. Currently, available is a little sketchy as we haven’t been able to find it on the Futurelooks Price Engine. Considering the predecessor is still $95.88US, the extra features on the HD2 seem to make it an event better value. 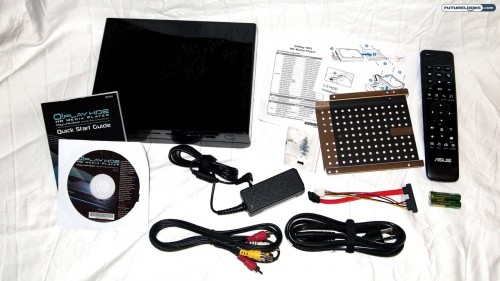 Popping open the box, we don’t find much in terms of big surprises. There is the O! Play HD2 media player itself, the necessary hardware for mounting the aforementioned SATA hard drive, the necessary connection cables for the hard drive, a wireless remote, a couple of batteries, power cable and brick, composite (ew) A/V cables, quick start guide (in a huge number of languages), and a user guide CD.

As mentioned above, the internal hard drive is not included in the package. From what I hear, the latest firmware on this device will support capacities up to 2.0TB, so that gives you plenty of space for high-def videos and other multimedia content. As with other media players, it is a little sad that they’re only included composite A/V cables in the box. Who wants to downgrade their high-def content to play through that miserable connection? Please include something that shows off the box as it was meant to be seen.

A Bigger Remote with More Functions 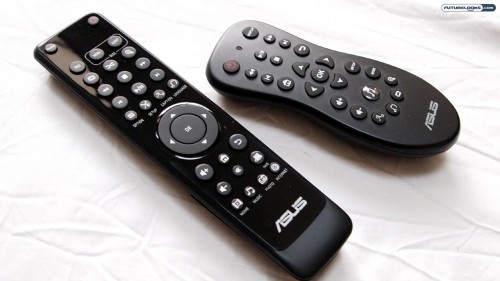 Since the O! Play HD2 offers a few more functions than its predecessors, it’s understandable that the included remote comes with more than a few more buttons too. Whereas the old remote had more of a shapely contour to it, the newer version is fairly conventional in its bar-like approach. I do approach the softer “rubberized” buttons though.

The main playback buttons are found toward the top, a five-way navigator in the center, and some quick access buttons near the bottom. These quick access buttons are labelled much more clearly than the old version, giving you one-press access to movies, music, photos, and Internet. Just like the media player itself, the remote also comes with a fingerprint-attracting glossy sheen.