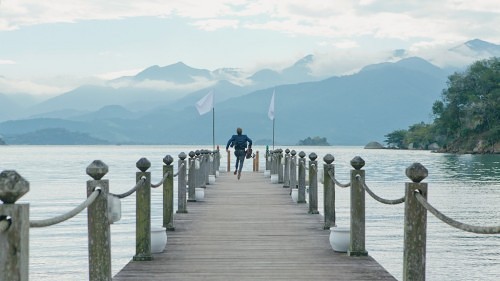 It may sound like the most unlikely of combinations, but if you've ever been around for a late night coding session or a so-called "hackathon," then you'll know that there is an inherent relationship between the PCs on our desks and the brewskies in our fridges. So, what do beer and computers have in common anyway?

1. They Make Us Happy

I don't know about you, but have an extra cold lager in my hands — whether it's freezing outside or it's the dead of summer — puts a smile on my face. And at the same time, unboxing the newest upgrade to my computer or some other peripheral also puts a pretty big smile on my face. The fact is a simple one: both beer and computers make us happy and isn't that what life is all about?

2. Beyond Specs and Features

Don't get me wrong; specs and features are still very important. I fully understand that having that more powerful graphics card in my rig is going to make it that much easier for me to edit videos, but we also recognize that specs and features aren't everything. We oftentimes also have to like the aesthetic of it. We have to enjoy the experience.

And the exact same thing is true of beer. Go ahead and talk about the alcohol percentage or the exact proportion of hops and barley in that brew, but if you don't enjoy the experience of that beer, none of that matters. Packaging matters. How that bottle feels in your hands matters. The context in which you are drinking your favorite lager matters too.

3. The Power of Positive Branding

On the computer side of things, I think we can all recognize the power of branding. Many purists are going to be loyal to one brand or another when it comes to their computer components and this is due to a whole myriad of reasons. Beer is the same way and we all have our personal preferences. And yes, going beyond the taste of the brew, the branding of that beer company sure makes a heck of a difference too.

When I travel to trade shows like Computex and CES, I encounter fellow media from clear around the globe. I've met people from Denmark, Taiwan, France, Germany and Boston. We may have some cultural differences, to be sure, but we also have that very common ground with our mutual love for computers and gadgetry. Those political boundaries are thrown out the window.

And I need not remind you how well beer can break down those boundaries too. Meet up with some people at the local pub, share a few pints, and it won't matter where any of these guys are coming from. You're all having a good time together, watching the game together while throwing down pitcher after pitcher. (Drink responsibly!)

5. The Deep Connection to Gaming

With massive events like GottaCon and LANcouver, it's clear enough that many computer enthusiasts are also avid gamers. Computer companies sponsor many teams and many events. Beer companies do the same, but in the context of other sports. A prime example of this is the tight relationship that Heineken has with the UEFA Champions League.

In fact, Heineken has been a sponsor of the UEFA Champions League for some time and now they've put together a video, titled The Road to the Final, that follows a man who has won tickets to the UEFA Champions League final between Bayern Munich and Borussia Dortmund. You can't win tickets yourself, but after you watch the video embedded below, you can get your gaming fix (on your computer, no less) by way of a fun pinball game. You might want to enjoy it with an ice cold Heineken too.