The holidays are upon us and we all know what that means. As the malls overflow with anxious shoppers, you want to head in with a very specific purpose. Whether you’re buying a new video game for a family member or friend or perhaps a gaming gift for yourself, you want to walk directly to what you want to buy and not get distracted by the huge assortment of options presented before you. After all, with so many games to choose from, it can be hard to decide where to spend your hard-earned money.

In this guide, you’ll find no more than three specially-selected games for each of the three major gaming consoles which include the Sony PlayStation 3, the Nintendo Wii, and the Microsoft Xbox 360. Why three? Well, we want to keep you focused because if you decide to “go back later” that lady that was circling that game you had in your hands that you were thinking about buying will be GONE!  Some of the titles are available on multiple consoles, so we’ve made sure not to provide you with any duplicates. For this reason, it’s a good idea to read through the entire guide, because a recommended title for the Xbox 360 may also be available for the PS3 or Wii.

Without further adieu, let’s get on with the games!

For the SONY PLAYSTATION 3 …

Sony’s third gaming machine got off to a bit of a rough start and many have said that the cause for its less than stellar launch was a lack of games. Now that the PS3 has been on the market for over a year, it has developed a rather healthy library… depending who you ask. Here are three of the best games you buy this holiday season. 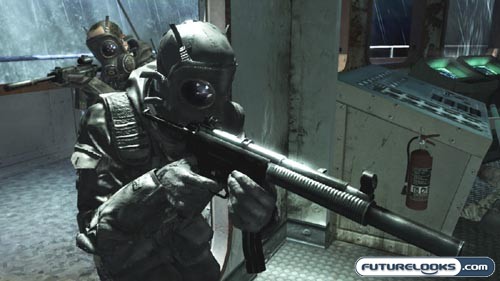 Call of Duty 4: Modern Warfare is widely applauded as being one of the most intense and absolute best first-person shooters you’ll able to play this year. The single player campaign is a bit on the short side and veterans should be able to blast through the entire game in a single extended session, but that’s not where the value lies. You want to go online and take advantage of the stellar multiplayer aspect, fragging your best friends and your favorite foes in eerily realistic environments, using some awesome authentic weapons. There are over 10 multiplayer game modes. Call of Duty 4: Modern Warfare is also available for the PC and Xbox 360. 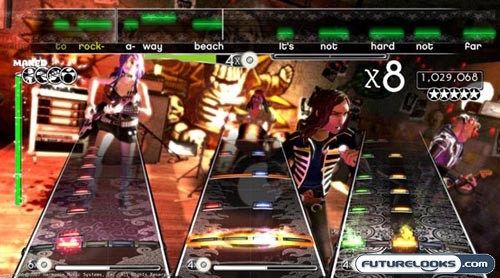 Rock Band totally takes advantage of our recent fascination with rhythm games. For many people, this trend started with Dance Dance Revolution and grew substantially with Guitar Hero. Rock Band takes it so many steps further, introducing a “band” aspect to the music game genre. If you pick up the “Special Edition”, you get treated to a guitar, a drum set, and a microphone, in addition to the game itself. Grab one more guitar and you’ve got a four-player bonanza with notes being displayed on the screen for all of you at the same time. Talk about a great party game! Rock Band is also available on the Xbox 360. The PS2 version launches later this month and a Wii version is said to be in the works. 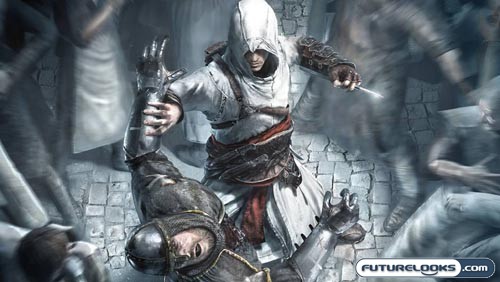 Assassin’s Creed is a game in which you take on the role of Desmond Miles. The story goes that Desmond is little more than a bartender, but he happens to be a member of a long family tree of assassins. And we all know how cool assassins are. Developed by Ubisoft Montreal, Assassin’s Creed features highly interactive environments as Desmond — assuming the role of Altair (“The Flying One” in Arabic) — goes around slaying nine historic figures related to the Third Crusade. If you’re a fan of other third person stealth games like Splinter Cell, you’ll feel right at home with this title. An Xbox 360 version is currently available as well, while the Windows and Nintendo DS variants are expected early next year.


Not what you wanted? For more products, Click Here.