Video games are more popular than ever, but the needs and desires of gamers are quickly becoming less focused. You have casual gamers that are only interested in simple games like Diner Dash and Jewel Quest, but you also have people that love nothing more than to get fully ensconced in a virtual MMORPG world, competing and evolving alongside the online avatars of their real world friends.

Setup at the MGM Grand Hotel in Las Vegas, I had the chance to meet up with the folks at Sony Online Entertainment and they had a handful of games that they were looking to highlight at this year’s CES. These games are all approaching different markets and genres, ranging from child-friendly virtual living to swashbuckling in the 18th century. Let’s have a look! 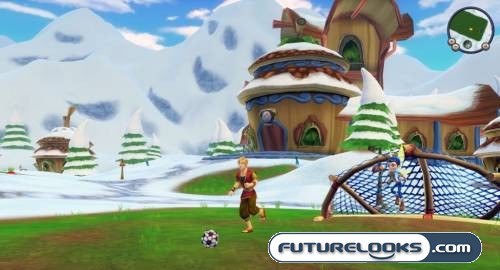 What do you get when you take elements from a whole bunch of different games and throw them into a whimsical virtual world styled much like Shrek? Free Realms is the answer to a question that no one asked, but Sony Online Entertainment hopes that it will be a big hit with pre-teens, because this title is free to play. Yes, that’s right parents, you can “hook up” your kids with a new game and it won’t cost you a penny. At least, it won’t cost you anything at first.

The game is comprised of four core areas:

1. Tasks and Home Development: You could say that this aspect is akin to the things that you do in Animal Crossing. You lead a virtual existence, earning money by running errands for your neighbors, and then you spend those funds on various upgrades for your house. You can buy furniture, grow a garden, and so on.

2. Pet Raising: If your human friends aren’t satisfying your needs for companionship, the game gives you an opportunity to raise a virtual pet, much you do in Nintendogs. You can choose from a variety of animals and then you interact with them by patting them on the head and such.

3. Combat: Unlike some other more adult-oriented MMORPGs, you will not be ambushed in Free Realms. All combat scenarios are on an opt-in basis, so before you partake in a battle, you have to consent to it.

4. Minigames: The casual game market is exploding and SOE wants a piece of the pie. They’ve integrated a series of minigames similar to Diner Dash, and you get rewarded with points that can spent to customize your character. There is also an online highscore leaderboard. 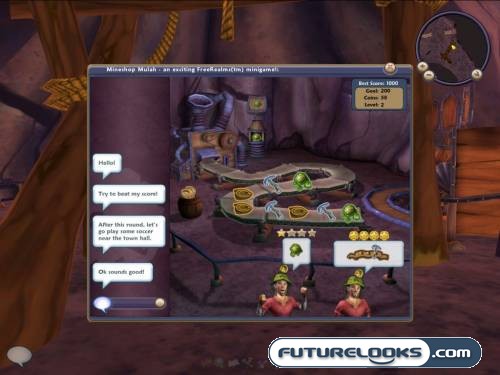 There will be two versions of Free Realms available. The first is free and will be ad-supported. The other is subscription-based, free of ads, and comes with some extra content. There is also a small economy inside the game where players can buy upgrades for their character. Parents can load up their kid’s account with a set amount of funds that they can then spend how they like. No credit card is required at time of registration.

Free Realms is scheduled to launch before the end of the year.