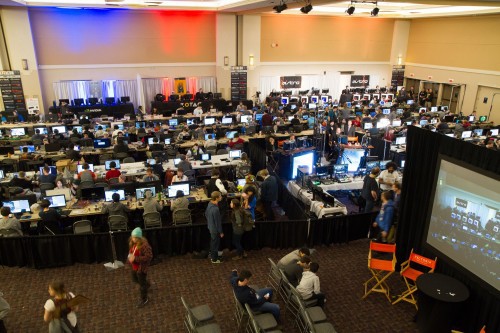 One of the coolest things that we do at Futurelooks is help out local community events. For a while, we’ve been out supporting these events with prizes, and giving attendees a chance to check out some of the cool stuff we get to play with every day. Some of these past events include the BCITSA LAN Events and LANcouver. For the first time last year, we had a chance to help an event called GottaCon. Last year’s event broke all previous records by tripling its previous attendance, thanks to a bigger venue, and more support from the community. This year we were back with even more support and most importantly, our panels series, which is aimed at people looking to get into PC DIY.

This year, we had a chance to do not one, but two panels. We kicked things off with a panel that was focused specifically on issues facing people looking to build, upgrade, or improve their current PC builds. Then, we kicked it up a notch with our first PC Modding Panel that helped builders with experience, take their builds to the next level.

It’s unfortunate that we couldn’t have all of you there in the audience. So we’ve recorded and uploaded them to our YouTube Channel for you to check out.

Because of the success of last year’s panel, we brought it back with amazing guests and industry experts. Joining us this year was Steve Sung from NVIDIA, Buu Ly from ZOTAC, Christoph Katzer from be quiet!, and one half of the NVIDIA GAME24 MOD24 championship team, Bob Stewart, who is better known as BS MODS. As you see in the video, we marched the panelists through some hot topic areas when it comes to building your own PC, but also, made sure that the audience participated, so we could answer those burning questions they had. Hopefully we answered some of your as well.

Everyone sees a custom system and wants to know “how it’s done”. Well, we wanted to know how it’s done too. At this year’s GottaCon, we introduced the first ever modding panel, focused on taking the performance you’ve achieved with your build, and making it look awesome. Making sure we had the right people to answer the questions and talk about issues that you might have, we brought both members of the NVIDIA GAME24 MOD24 championship team of Bob Stewart and Rod Rosenberg of BS MODS to the stage.

Backing them up was self rated “7 out of 10” system modder from NCIX PC, the Crazy Russian, Ivan Metelitsa, and we also had some help from Shannon Robb of Thermaltake/Tt eSports, a company that has been pushing for easier to mod cases and accessories over the last couple year. 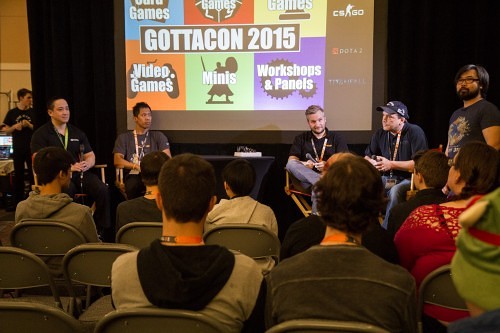 This year’s panels only solidified one things for Team Futurelooks and for the PC DIY community. That GottaCon is an event that is a breeding ground for the next generation of the PC Master Race, and that these panels help bring these people together, in one place, where they can interact with masters of their trade. Especially in an environment where all questions are good, and no one is going to tell you to just “do a search” when you can hear the answer from someone that knows what they are talking about.

It’s a privilege to be able to bring these experts together to help reach out to builders, enthusiasts, and people curious about taking the leap into the DIY space. We have some great ideas for next year, and we can’t wait to see everyone again, in Victoria, BC Canada, for GottaCon 2016 and the next series of panels!

Were there any questions we missed? Add them below, and we’ll see if the panelists are up for some follow up in the comments.