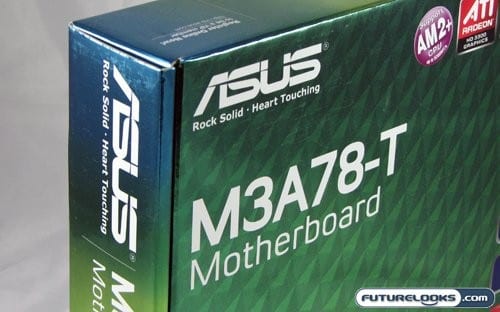 Whenever CPU manufacturers decide it’s time to change key features of their processors, there’s always a transition time where you are left deciding if you want to move to the new features or keep what you have. With AMD’s latest move to DDR3 memory and the AM3 socket on the Phenom II, they’ve worked with some motherboard manufacturers to make that transition a little easier. They’ve managed to release motherboards that are both compatible with AM2+ and AM3 sockets, and support DDR2, and we are reviewing one of those boards today. 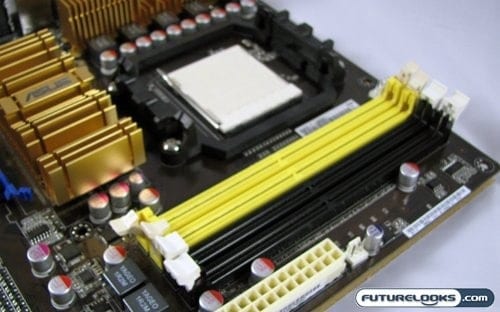 In addition to being feature rich, the Asus M3A78-T also represents AMD’s ideal entry level motherboard for the new Dragon platform. We’ll have more on that in another article, but let’s just say this board has a nice selection of features at a very reasonable price. At least the price is reasonable for a mobo that has onboard video. Here’s a sneak peek at what this board has to offer.

Full features and specifications can of course be found on the product home page. Now I know the features above only list AM2+ support, but we’ve had the AMD Phenom II X3 720 running in this board since we’ve received it. According to AMD’s processor specifications chart, this CPU is AM3. There hasn’t been a problem with the system yet. All I had to do was update the BIOS, and away we went.

As for pricing, the Asus M3A78-T motherboard can found online for fairly cheap. Newegg.com had the board listed for $139.99 USD as of the publishing of this article. Considering that you get onboard video and the option to add a multi-card Crossfire setup later on, that is a very good price. 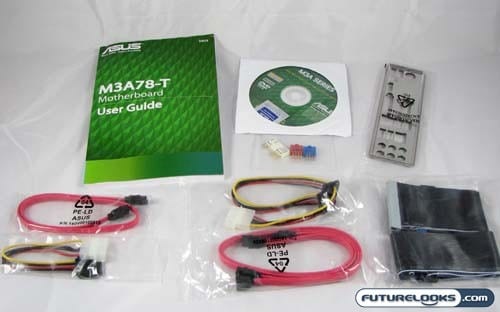 The accessories package found with the M3A78-T is a much simpler version of what you find included with other Asus motherboards. With this board you get a set of ribbon cables, some SATA cables, and a pair of Molex-to-SATA power adapters. There’s also the expected inclusion of a user guide, as well as a drivers disc. However this package isn’t as pedestrian as it sounds.

Asus shows a bit of forward thinking by using a DVD instead of a CD to package all the motherboard software onto one disc. They also included the Q-Connector motherboard connection blocks, and easy to use Q-Shield ATX backplane that we’ve seen in previous Asus motherboards. Even at that the package is still indicative of what you would expect for entry-mid level motherboard, so let’s take a look at the motherboard itself.