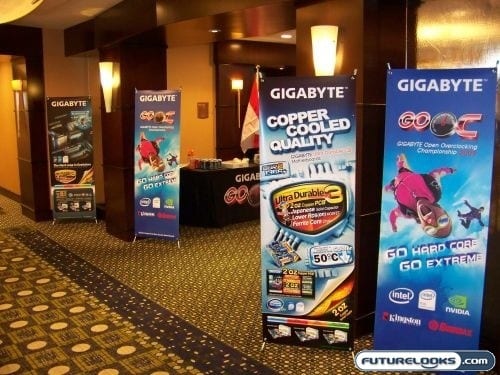 When it comes to the world of computers, there are enthusiasts and then there are enthusiasts. What separates the two is about 1GHz of extra, raw processing power and benchmark results very few computer users will ever experience. Overclockers are at the heart of the the most extreme enthusiasts. They methodically and sometimes, compulsively looking for the highest frequencies they can squeeze from their computer systems.

That’s basically the stage set here at the 2009 GIGABYTE Open Overclocking Championship (GOOC) here in Los Angeles. This event is the North American regional finals which sets the stage for an even greater showdown in June at the World Finals in Taipei, Taiwan. They’ve amassed 13 of the best overclockers here at the Pacific Palms Resort to see which of them is simply the best of the best. They’re all familiar with each other and many of them good friends. But, in the end, they are all competing for the title of “Champion”. 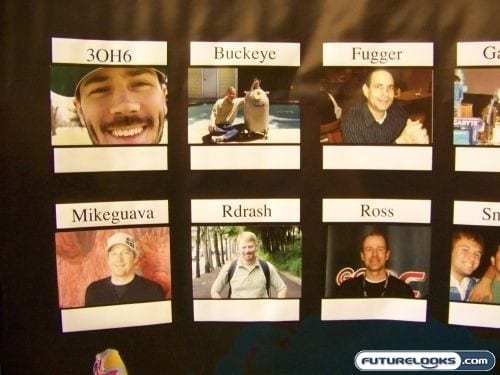 Some of the faces you may recognize if you’ve followed other overclocking contests. Many of them can be found in various forums like Xtremesystems.org leaving posts and blogs of their overclocking conquests. What separates these particular enthusiasts from many other overclockers is that they like to use LN2 (liquid nitrogen) for cooling the CPU due to the extreme amounts of heat produced as they push the processors to their extreme limits and beyond.

Each of these competitors come from different walks of life, professions, and cultures. While many are scattered about here in the States, there are a few from Japan, Toronto, and other parts of the world, hoping to get one final chance to challenge for the world heavyweight title. Even though they’re thousands of miles apart, they all still manage stay in touch and keep pushing each other to go faster and farther. 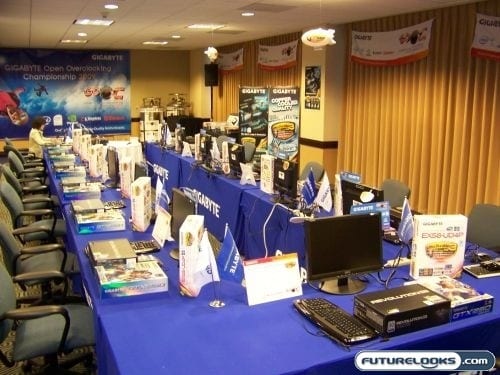 This may look like your regular run of the mill conference room, but today, it is an Arena of Overclocking Godliness and has been converted into a laboratory of sorts. Here, you’ll find everything that each participant needs including brand new hardware and a large pair of LN2 tanks. Of course, also included are their hopes of winning the competition and the chance to a set a new world record: the holy grail of any overclocking quest.