If you take a stroll down the aisles of any given electronics retailer, there’s a good chance that you’ll see at least a few MP3 player offerings above and beyond the ubiquitous iPod. Unfortunately for Canadians, these alternatives have not included any devices from Microsoft up until now. When the first-generation Zune launched in November 2006, Canucks were snubbed for some strange reason. When the second-generation Zune was released in November 2007, Canadians again wondered if they would ever get the opportunity to buy this new iPod alternative.

Microsoft Canada was nice enough to invite FutureLooks to their penthouse suite at the Opus Hotel in Vancouver, letting us know that the Zune would indeed be launching in Canada. They walked us through some of the key features and what we should expect in terms of a Canadian launch. Here is what we learned. 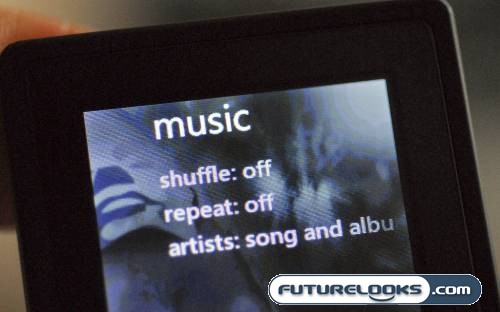 It’s a few months later than our American friends, but Canadians will finally have the opportunity to purchase a Microsoft Zune in Spring 2008. No firm launch date has been announced yet, but this information should present itself in the form of a press release as we get closer to the Spring. Microsoft also did not reveal anything regarding Canadian pricing, but given the loonie’s parity with the greenback, I’d imagine that pricing will be similar to what you’d get south of the border after someone translates the Spanish instructions to French.

Naturally, they’ve decided to skip out on shipping the first-generation Zune (Zune 30) to Canadians, opting instead to only provide us with the second-generation. There will be three versions available at launch, all of which come equipped with the innovative Zune Pad. The Zune 4 and Zune 8 are largely competitors for the iPod nano, boasting a similar size and form factor as the second-generation nano. The memory onboard is Flash-based. The Zune 80, on the other hand, is the successor to the original Zune 30, boasting a larger form factor from the Zune 4 and 8. Storage is provided by an 80GB hard drive. 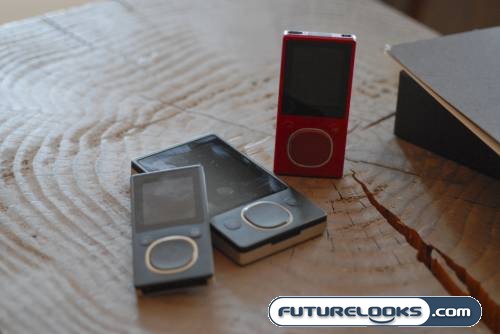 When asked about any sort of marketing blitzes that the Redmond, Washington-company had planned for the Canadian launch, the representative said that they are not going about this affair as if it were a sprint, but rather as if it were a marathon. In this way, the launch will not be as “loud” as some other events we’ve seen in the past. Microsoft prefers to firmly establish itself as a legitimate alternative to the iPod and not a fly-by-night operation. It’s also understandable that they wouldn’t go over the top, considering that the Zune 4, Zune 8, and Zune 80 are already available in the United States.