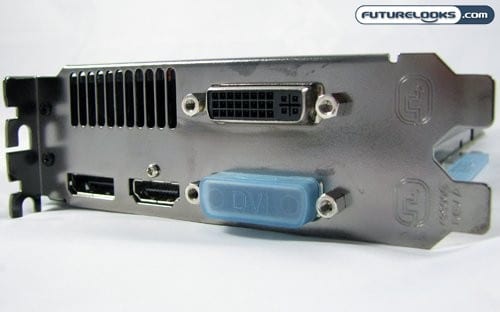 The front of the Asus HD 5890 card sports a slightly different port configuration from what we are used to seeing with previous generations of video cards. Here we have two DVI ports stacked on top of each other, with an HDMI and DisplayPort connector next to each other at the card level. Now you may think “hey that’s four video outputs,” and you would be right if you weren’t wrong.

Most HD 58xx based cards only support three monitors, with one of the DVI ports and the HDMI port sharing a channel. You can still use a DisplayPort dongle to convert to VGA or single-link DVI should you need to connect more then two DVI displays, but the buck stops at three. 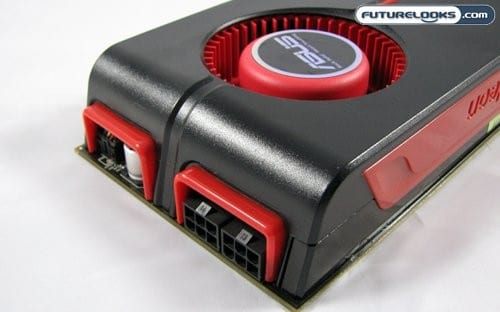 The rear of the card looks a little more familiar. ATI still seems to only need two 6-pin PCIe connectors with their offerings that aren’t a dual GPU/card. Though the shroud covers them, the power requirements of this video card are kept stable with the use of solid state capacitors. This has pretty well become the de facto standard on video cards and motherboards, and hopefully should make the popping capacitor a thing of the past. 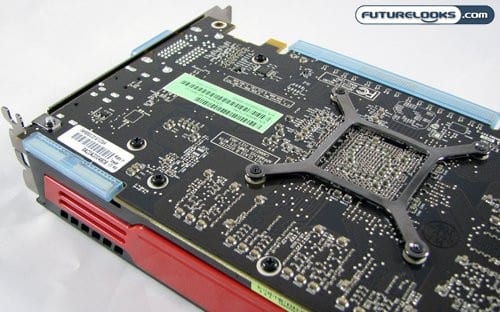 Speaking of the cooling shroud, ATI has started encasing their video cards in these plastic cases. This is done in an effort to improve airflow from the back to the front of the video card, keeping it cool in an efficient manner. Now unlike the HD 5870 based cards, the 5850 isn’t completely encased in plastic. The rear is exposed, allowing access to remove the OEM cooling system and add aftermarket cooling should such a thing come available.

As a finishing touch, ASUS put little blue covers on every connector. This is something normally seen on the GIGABYTE cards we review, but it would appear it’s turned into something of a trend.

The ASUS EAH5850/G/2DIS/1GD5 Radeon HD 5850 video card appears to be quite the powerful video card, so it should be tested on quite a powerful test rig. Fortunately my standard test rig fits the bill. Here’s the specifications.

As for actual benchmarks we ran through a nice combination of synthetic and real world tests. We pretty well focused on gaming, trying to pick the most punishing titles in a particular genre. The 5850 was compared to the previous 4890 cards we’ve reviewed, as well as those cards in Crossfire. May the fastest card win. 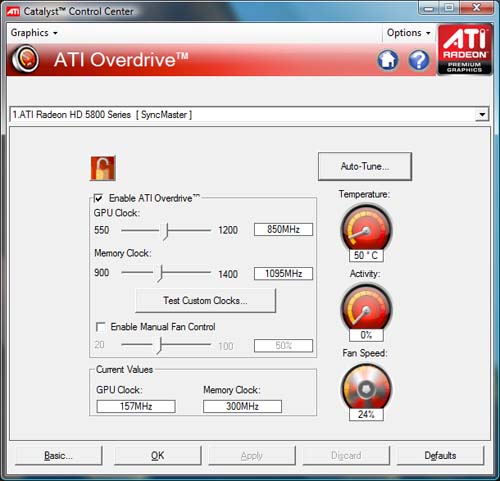 Before going down the long and dark road of benchmarks, I figured we should take a look at the overclockability of the ASUS Radeon HD 5850. ASUS does tout the Voltage Tweak technology of this card. Since there doesn’t seem to be any boost in the base specifications of this card, it would stand to reason that perhaps the voltage tweaks allow for a higher overclock.

We did manage to eke out a 125MHz overclock from the GPU, and a 95MHz overclock from the RAM. This was without trying. The card does have some room to grow, but it does appear to decently overclockable. You can further unleash that capability using ASUS’ own SmartDoctor utility which includes further voltage tweaks to stimulate performance. However, for the purposes of this review, we will stick to the reference AMD/ATI drivers to maintain consistency.