Love it or hate it, the Apple iMac is easily one of the most convenient and complete computer packages you can get. It’s just about as clean as it gets, because you get an all-in-one PC that doesn’t require a separate tower. The problem is that some people may find it is too underpowered for their tastes, so what if you could get an iMac Pro that combines the all-in-oneness of an iMac with the power of a Mac Pro?

That’s the basic idea behind this concept by Kurt Merki Jr., a designer from Switzerland. The 35-inch display of his concept might feel like a little bit of overkill, but the cylindrical Mac Pro isn’t at all about compromises at all, even if you try to build your own PC Mac Pro. With Merki’s concept, you get a barrel on the bottom with the sizable screen above it, not unlike what we see (on a smaller scale) with the Lenovo Yoga tablet. I’m not really sure how stable that base would be, but it sure makes a design statement. 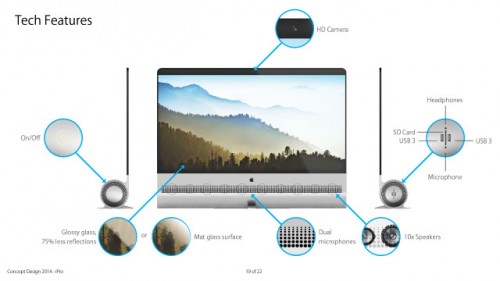 Going through some of his dream features, we find a near edge-to-edge glass OLED Cinema Display, unibody construction, a tilt button, integrated HD camera, the usual assortment of ports and inputs, and a soundbar-like speaker array along the lower edge. 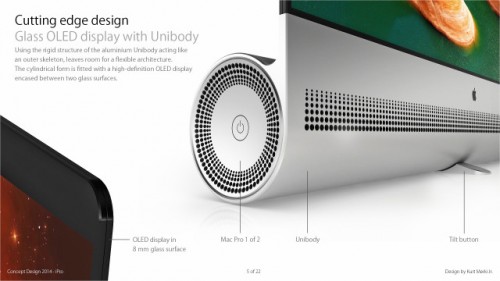 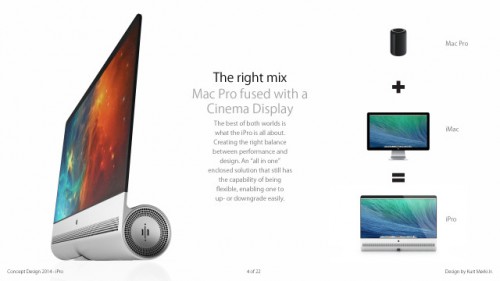 What do you think? Do you think that professionals would be interested in an AIO Mac Pro like this or would they still prefer separate displays? Or is this iMac Pro better suited as an “upgraded” version that can be sold to consumers alongside the regular iMac?