One of the cases that was hiding out at CES 2015, that we didn’t get to see due to our rapid 2.5 day shooting schedule, was the DEEPCOOL Tristellar. If you’ve never heard of DEEPCOOL, at least on our pages, it’s because we don’t like bugging you folks with the generic and mundane. And for the longest time, it seemed like the company was just building stuff that looked like everyone else’s. Well, we’ve finally taken notice with this new case of theirs.

The DEEPCOOL Tristellar is sports three independent “lobes” that help separate the hottest components of the system, namely the CPU, GPU. The case supports a mini-ITX motherboard in the top most “lobe”, and up to 2 x 3.5 inch drives in the main motherboard cabin, with a lower profile CPU cooler, or a liquid cooling system as an option, instead of the two drives. With a competent liquid cooling system mounted, you could put up to a Core i7 CPU onboard. The front panel USB and audio jacks are placed at the front.

One of the other “lobes” is where the GPU sits, and can support cards up to 320mm in length, connected by a PCI-e extension cable, which runs through the centre of the case, to the top motherboard “lobe”. Behind the GPU, there is room for up to three 2.5 inch drives, and are fitted using a tool-free attachment mechanism.

The final “lobe” houses a power supply up to 180mm in depth, 2 x 3.5 inch drives, and a slot load optical drive. We think it would probably start to get quite crowded down there. 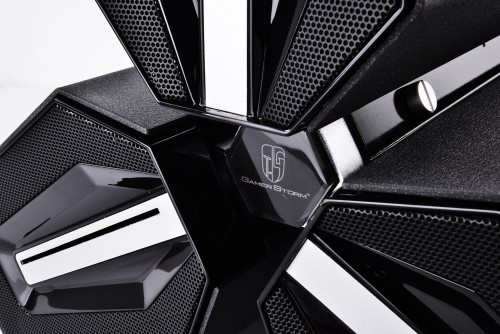 All three lobes are finally connected by a single aluminum tube, which houses a the power button right at the intersection of the three “lobes”.

With the exception of the aluminum connecting tubes, the case is said to be made mostly of heavier gauge steel, and will put the system in the 50 lb range once fully built. Although my first choice would be to go all aluminum to reduce weight, DEEPCOOL is also saying that even with steel construction, the case won’t be cheap, and that it’ll probably sell for around $400 US, if and when it ever launches.

At CES 2015, Cyberpower seemed to be one of the first system integrators to consider the potential to offer it in the OEM space. But in all likelihood, it will be an extremely limited release, with the only purpose of its being, is to put DEEPCOOL on everyone’s radar, like it has ours. 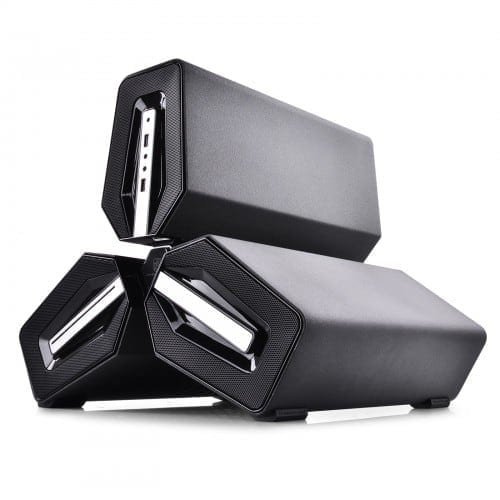 Typically, statement cases like these are to increase the profile of a company, not to make a profile. This strategy has worked extremely well for In Win Development, but none of their statement cases have ever turned a profit, including the S-Frame. However, In Win is an OEM that manufactures for others, and its ventures into new design methods, seem to find other uses at the end of the day. Just like it found a more practical home for the bending technology it created for the S-Frame at CES this year, with the introduction of the S-BOX.

What do you think of the DEEPCOOL Tristellar?