If you’re a PC DIY purist and an advocate for the PC Master Race, then you’ve probably scoffed at Apple fanboys more than once or twice. The truth of the matter, though, is that Macs are being used to create some of the most incredible content these days, including on the very professional end of the spectrum. That’s why the creative community has been fighting so hard for an update to the 2013 Mac Pro “trash can.” Instead what they got at WWDC 2017 earlier this week is the new Apple iMac Pro.

Touted not only as the most powerful iMac ever, but also “the most powerful Mac ever,” the new iMac Pro boasts a 27-inch Retina 5K display in the familiar AIO format of the iMacs that came before it. Under the hood, you’ll find Xeon processors with up to 18 cores and Turbo Boost speeds of up to 4.5GHz, AMD Radeon Vega graphics, support for up to 4TB of SSD storage, up to 128GB of ECC memory, and four Thunderbolt 3 ports. It’s also the first Mac to support 10Gb Ethernet for faster networking. 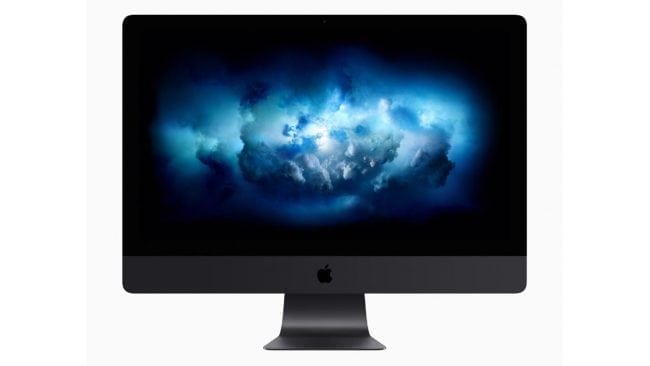 This all sounds great on some level, but it’s also got us scratching our heads too. Remember that the iMac is essentially a monitor with some notebook components thrown inside, so no one has ever really expected the regular iMac to compete against “real” desktop powerhouses. The iMac Pro is different and it makes us wonder what will happen with the next Mac Pro, whenever that comes to fruition.

You probably can’t build a PC DIY version of the iMac Pro like how you could with the Mac Pro, but creative professionals are also questioning whether the new iMac Pro can be a viable solution for them too.

Architect Neal Pann of Dahlin Group is concerned about “the lack of support for Nvidia graphics with the new iMac Pro. There are a number of high end graphics applications for rendering and modeling that require Nvidia’s CUDA architecture and not having the option to support that in the upcoming iMac Pro is a deal killer for some.”

Perhaps an even bigger deal, and this will definitely concern the PC DIY crowd especially, is the lack of user replaceable parts. Rick Allen from Globeflex Capital LP mentions that while the RAM is in sockets, “there is no door to get at it and so makes it very hard to get 3rd party RAM upgrades.” The heat dissipation might also be a problem.

Are you interested in the new iMac Pro? You’ve got some time to think about it, as it won’t be hitting the market until December with pricing starting around $4,999 USD.