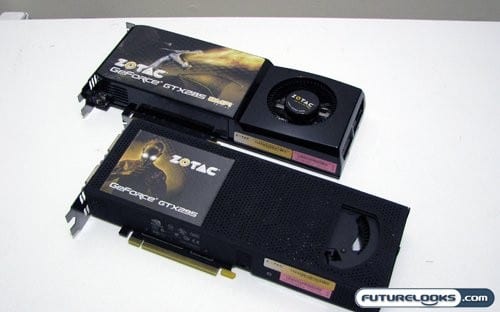 Like most other NVIDIA based cards, both the ZOTAC GeForce GTX 285 AMP! Edition and the GeForce GTX 295 follow the reference NVIDIA design fairly closely. The GTX 285 looks very much like the GTX 280, with the only differences being in the hardware itself. The die size has been shrunk to 55nm from the previous 65nm, and all the clock speeds are ramped up in their stock configuration. With that in mind, ZOTAC has taken those speeds and bumped them up that much further with the AMP! Edition.

On the other hand, the ZOTAC GeForce GTX 290 is a completely different animal. This “card” actually consists of two GeForce GTX 200 series cards attached to each other by way of a data connection and a very large heatsink. It’s much heavier then the GTX 285 AMP! and I’m sure it’ll be able to throw around it’s weight in later tests. Dual GPU cards tend to be very touchy so ZOTAC hasn’t really messed with the speeds on the GTX 295. That being said, it’s only a matter of time before they start trying to wring some more performance out of this behemoth. 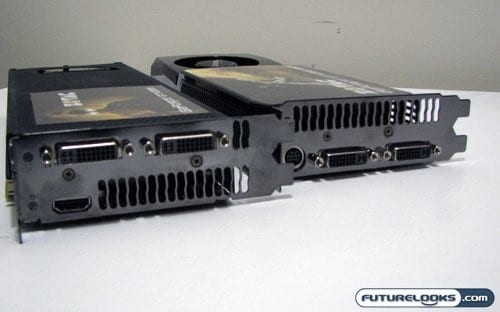 As for getting the rendered image to your screen, each card has it’s own set of options. The GTX 285 has the standard dual DVI ports, as well as an analogue video port. The GTX 295 has the same two DVI ports, but eschews the analogue video out for an HDMI output. Both cards are of couse HDCP compliant. I still find it odd that an HDMI port, commonly seen in home theatre equipment, was found on the ultra-powerful dual GPU card. I can’t imagine putting this monster into my normally quiet HTPC. That being said most modern LCD panels come with HDMI input, making this a good one-size-fit’s-all port placement. 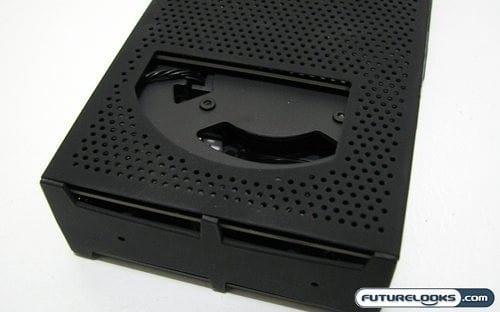 Since we’re dealing with two completely different card designs here, ZOTAC went with two variations on how to cool them. The GeForce GTX 285 AMP! Edition is cooled with a cooler similar to what is used on the GTX 280 and GTX 260 based cards we’ve reviewed before. The single fan, two slot cooler has a variable speed fan that reacts to how much load is being placed on the card and how hot it is. The only major difference in this new cooler is that unlike the other two afore mentioned coolers, there isn’t any metal backplate and the back of the card is completely exposed. This is most likely to the metal backplate on the GTX 280 and GTX260 being used to actively cool the RAM on the backside of the card. There isn’t any RAM on the backside of the GTX 285, so no active cooling is required.

Like many other areas, the GeForce GTX 295 is a different animal in the area of cooling. Since this is a much more beefy card with two PCBs sitting opposite of one another, an equally beefy cooler is needed. The fan to cool this cooler pulls air from either side of the card, through holes in the PCB and the outer shell. When compared to previous dual GPU cards like the 9800 GX2, the GTX 295 has it’s backside completely exposed. This is once again most likely due to the fact that the backside of the card has no RAM or components that need active cooling. 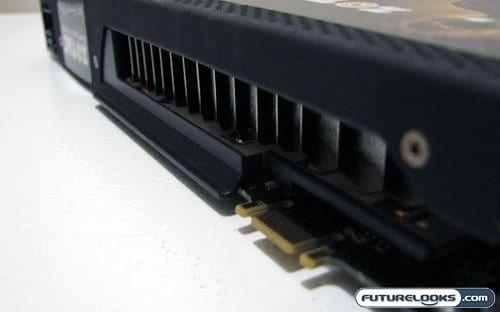 The air that is sucked in from the fan on the GTX 295 is then pushed through a large heatsink that is sandwiched between the two PCBs. This cooler has a set of fins reminiscent of a CPU cooler and a fin count to match. The materials used to make the cooler are a mix of aluminum (fins) and cooper (heatpipes). From what I can see of it, the cooler seems to be in contact with both the cores and memory on both cards. It’s a pretty precarious operation to dismantle this card, so installing an after-market cooler or water block (more likely) might be fairly difficult.