NVIDIA’s release cycle for video cards has recently been a little more rushed then usual. The reason behind this is that the last three series have about been based on the same basic unified architecture. So how well do the newest GTX 280 series cards perform? Well the folks at ZOTAC sent us a card so we could find out for ourselves. 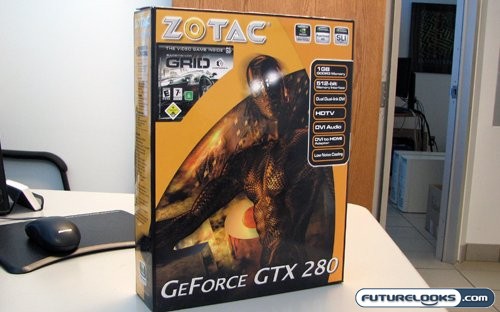 The GeForce GTX 280, and it’s little brother the GeForce GTX 260, were released in June of this year. This is just three months after the release of the GeForce 9 series. Now it may be based off the same unified architecture, but on paper, the new GTX 200 series of chips have a definite performance boost over the previously released chips. For starters this new GPU contains 1.4 billion transistors and is made on a 65nm fabrication process. According to some sources this makes the GTX 2xx series a chip with the largest die area ever fabricated for a GPU. The GTX 280 has 240 shaders (stream processors), and comes with 1GB of GDDR3 VRAM on a 512 bit bus. The chip is said to put out approximately 933 GFLOPS of floating point power. 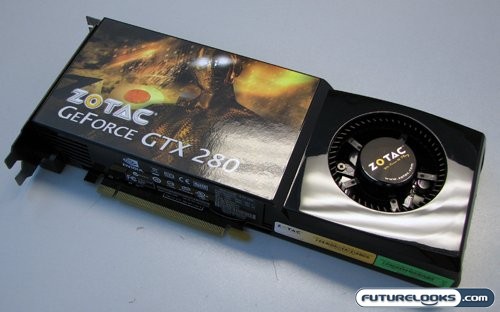 As for the card we’re looking at, ZOTAC has done like most other manufacturers and stuck closely to NVIDIA’s reference design for the GeForce GTX 280. ZOTAC does offer higher clocked GTX 280 cards, but the one we’re looking at today is stock clocked. Here’s a quick rundown of the technologies included with this latest video card. Full specifications can be found on the product home page.

Pricing for the ZOTAC GeForce GTX 280 comes in at rates very similar to most other stock clocked GeFore GTX 280 cards on the market. When looking at sites like NewEgg and NCIX, you’ll find that prices only vary +/- $10. So that basically leaves us with a basic GeForce GTX 280 card, and a whole host of benchmarks to find out how well it performs. First we need to see what’s in the package. 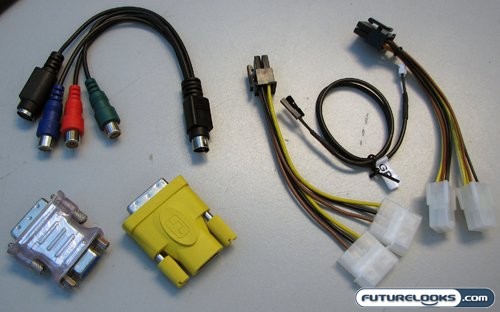 With the GeForce GTX 280, ZOTAC has included a decent caché of accessories. For cables, they’ve included power adapters for the 8-pin and 6-pin PCIe connectors, a VGA-to-DVI convertor, and the standard cable for component and S-video outputs. Also included is a DVI-to-HDMI convertor, and an SPDIF cable so you can use the audio channel on the HDMI connection.

For software and paper-work, ZOTAC has the standard user manual, installation guide, and drivers disk. However they added one little surprise that was nice to see; the addition of a full version game. The game in question is Race Driver: GRID, which was just released June 3. This is a good choice for the retail package, as it gives folks the chance to test out their new video card in a brand new game built for it.