Search
Home
Miscellaneous
Prev1 of 5Next 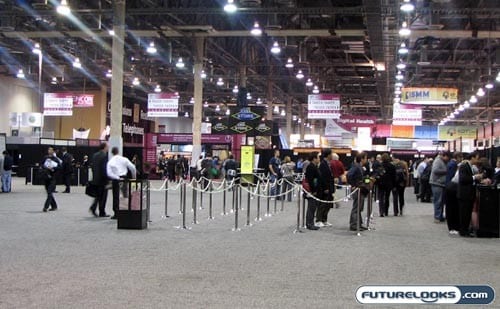 When the Consumer Electronics Show rolls into Sin City each year, it virtually takes over the entire Las Vegas Strip. In addition to the Las Vegas Convention Center and a variety of suites up and down the Strip, you can also find a huge assortment of gadgets and technology on display at the Sands Convention Center, which is connected to the Venetian Hotel and Casino. While there are certainly some big names that set up their booths at the Sands, the majority of the trade show floor is occupied by lesser known firms, particularly those from overseas companies in China, Korea, Hong Kong, and so on.

Assuming that you don’t get distracted by the AVN Adult Entertainment Expo down the hall, the CES side of the Sands can be quite interesting too. Here is just a small sample of what we found there.

Peripherals You Can Wash…

This couldn’t be a better combination. With the AVN in the hall beside this one, what better place to show off keyboards, mice and remote controls you can wash. 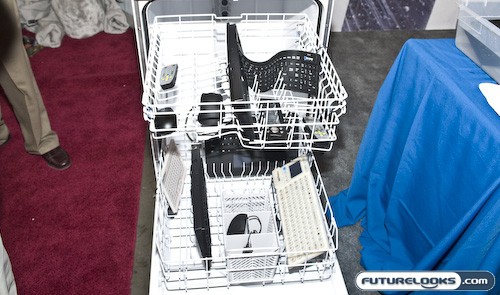 Seal Shield products are 100% dishwasher safe and even work underwater. Their current product line contains mice, keyboards and remote controls, but I’m sure other products are on their way. They spent the show washing and drying their whole line of products for the curious crowds. I’m sure someone over at the AVN is kicking themselves for not outfitting the whole show in these so they can just wash and forget everything that happened over the course of that show. We can’t wait to get a couple of these products to wash for ourselves. 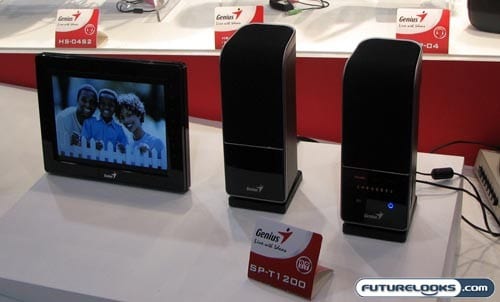 Genius probably had one of the biggest booths at the Sands Convention Center, showing off its assortment of touch-enabled devices. In addition to a series of digital tablets that compete against the more expensive WACOM counterparts, we also saw some other products that are more in line with the average consumer. Shown above is the Genius SP-T1200 touch panel 2.0 speaker system. Instead of physical buttons and dials to control the volume, bass, and treble, the front face of the speaker has been equipped with a touch-sensitive panel. This makes for a very sleek appearance for the compact speaker set. A nice companion for laptops, the Genius SP-T1200 is compact and offers 30-watt of sound and sells for $99.00. 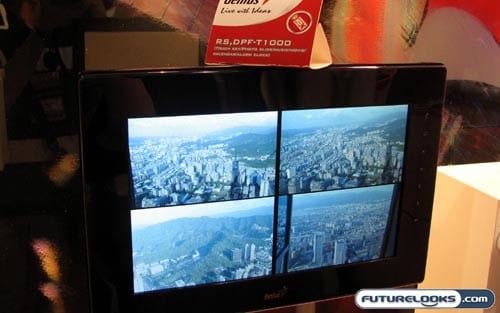 The great thing about digital photo frames is that you never have to print anything else. Just load those pictures directly from your digital camera and they can be shared just like a conventional picture frame. Genius is expanding on this phenomenon with the introduction of the DPF-T1000 (shown here) and the DPF-T805. Both of these Touch Digital Photo Frames come with a similar set of features, like touch-sensitive controls and vibrant colors.

One of the cool things about these frames are their ability to display up to four separate slideshows at a time, letting you see more pictures in less time. Rounding out the specs are 128MB of flash memory, MP3 playback, and AVI video support. The $199 T805 offers an 8.4-inch display whereas the $249 T1000 offers a 10.2-inch display, both of which are a standard 4:3 aspect ratio.