The last time I was in Japan, I was amazed by the number of unique electronics available, usually far superior to anything we could find on this side of the pond. It was 2000, when minidiscs (yes, minidiscs) enjoyed a superiority over MP3 players and for the most part, lightweight laptops were defined as less than six pounds. Of course, Japan had the ultra-thin Sharp Mebius line which, at well under an inch thick, still holds up near the thinnest in the world. The Japanese also had a wide selection of Sony, Panasonic, and various other brands of minidisc players, which were torturous to import to North America. 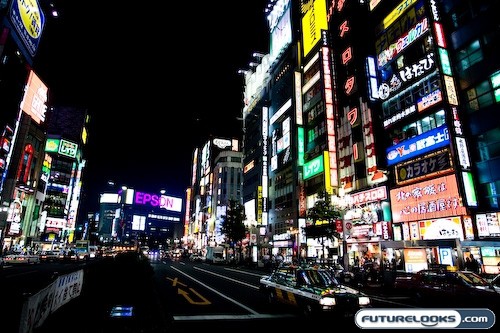 These are simply two examples in technology that were near exclusive to Japan eight years ago.  However, the world has become far smaller and today, there are far fewer items unique to the “Land of the Rising Sun”.  In terms of portable music and ultraportable laptops, even Apple alone has usurped the market for the need of stylish and tiny devices.  Today there are probably more iPods than people on the streets of Tokyo.  Gadgets that are only available in Japan these days are few and far between and even those are easily imported via sites such as Dynamism.  To put it simply, the rest of the world has caught up and while Japan is still on the cutting edge of technology, that margin has worn thin.

However, this isn’t to say that gearheads and technophiles can’t find things to enjoy and purchase in the country many consider to be Geek Mecca.  Let’s run down more interesting geek attractions you might find (or should go looking for) on your trip to Japan.

One area where the Japanese still have the rest of the world (well, perhaps except Korea) beat is mobile phones. Think the iPhone is awesome? Most of those functions available on the iPhone have been available for years on even the most common keitais in Japan. In addition to GPS, MP3 and video capability, and 5MP cameras, most Japanese phones have full, live television capabilities. No, not the watered down, low quality short clips of TV shows you can watch here…but actual live television. In fact, when I went to a sumo tournament in Nagoya, several fans had their phones out to watch the instant replays of the live broadcast between matches. 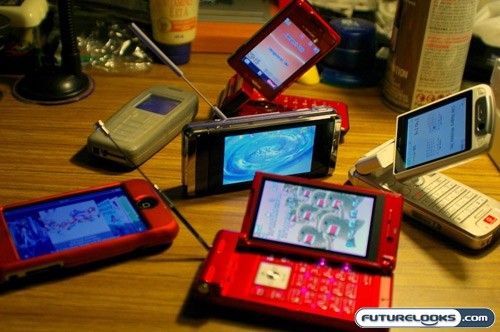 E-mail has only been readily available for a short period of time here but mobile phone e-mail is a way of life in Japan. Push e-mail (with separate accounts for the phones themselves) are available even on pre-paid phones.  For a country where it is rude to talk on your phone nearly everywhere in public (most notably in trains where most folks in metropolitan areas spend most of their time), many people forego their talk time minutes altogether in favor of unlimited e-mails. This is in stark contrast to the North American Cell Phone Culture where minutes are king and data features are options, and expensive ones to boot.

I know what you’re thinking, but forget about it. Unlocking Japanese phones for use here in North America, though possible, is troublesome and costly at best. Not to mention some of the coolest Japanese phone functions may not be fully usable once the phone is unlocked.  Sure, you’ll have a very unique handheld, but it will be severely crippled making it just another phone.  You’ll also have a real tough time trying to purchase one in Japan without a long-term contract with heavy cancellation penalties. Some mobile companies don’t even allow purchase and contract sign-ups without Japanese identification.

Remember arcades? You know, those places where you plunk your quarter into that coin slot and press a big red button before you beat the bejeezus out of your friend’s tiny character sprite? Well, those are all but dead in the States today as playing with your buddies is easier and probably cheaper using any of Sony, Microsoft or Nintendo’s home console systems. 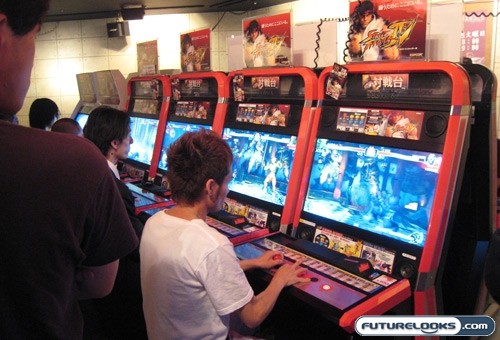 While the same is true in Japan, for some reason they still choose to fill up the country’s countless arcades. However, fair warning to the non-smokers or health nuts amongst you as every single arcade is filled with the stench of cigarettes. About 40% of the country puffs on cancer sticks. If you do decide to brave the dark clouds, you’ll find that these arcades in Asia will be your first opportunity to play some of the latest games before they hit the North American market via consoles. A few weeks ago, I got to test drive the new Street Fighter game, months before it will reach the PS3. Much yelling and profanity ensued from fellow Futurelooks writer and fighting game enthusiast Michael Kwan.

If that isn’t your bag, you could also get your ass kicked in Guitar Freaks 5 which, despite only having three buttons compared to the five of Guitar Hero and Rock Band, is strangely more difficult than its American counter-parts. Of course, it isn’t simply the games that make arcades a draw. It’s fun to just be there and playing with friends or strangers. It really is too bad that games are no longer just a quarter…since a buck or two per play racks up quite fast these days.