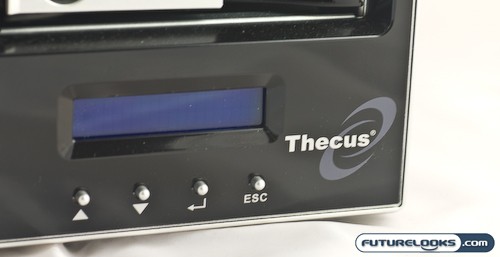 Network Attached Storage devices used to be the domain of Enterprise. However, over the last few years, companies have started to come out with more consumer oriented versions of these proucts. These dedicated storage solutions can now be easily be added into any users home network and provide a reliable means to backup the digital stuff that we accumulate. Today, we look at one of the most powerful consumer accessible NAS devices, manufactured by a company known as Thecus.

It’s All About RAID… 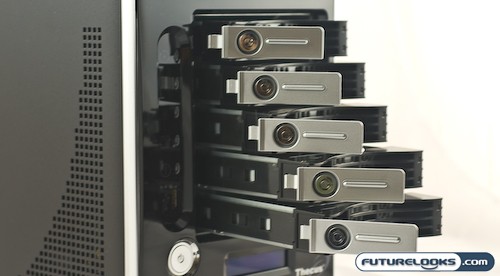 Thecus’s N5200B Pro excels in this category by offering a huge list of RAID options including RAID 0 through 10 (even JBOD) and Auto Rebuild, Hot Swappable, Hot Spare, Disk Roaming, RAID Level Migration and RAID Expansion. With support for up to five disks plus one additional eSATA disk for a total of six drives, you won’t soon run out of space, especially with support for up to 1TB drives.

It also features something called iSCSI, which essentially turns the N5200pro into a directly attached hard drive, but over the network. Although there are Enterprise level applications for this feature, I have yet to fathom a situation where regular users would find this particularly useful in day to day use. It is a feature that sets the N5200B Pro apart from the competition.

Techheads can head over to the Thecus website for more detailed specifications, but for the purpose of this review, we’ll be seeking answers in useability and overall NAS performance.

The N5200B PRO has a brother that incorporates a router and a four port Gigabit switch right onboard called the N5200BR PRO. The “R” in the name of course standing for router. Since most small businesses or offices have routers and switches already installed, this feature seems rather redundant. The N5200B Pro that we’re reviewing today, instead, incorporates something far more useful which is the inclusion of two Gigabit Ethernet Ports for fail over redundancy. Basically, when one port gives up the ghost, be it on the switch side or on the N5200B Pro itself, the other one should seemlessly take over. If that doesn’t float your boat, it can also do load balancing.

Other niceties include printer support for sharing out a USB printer and in installations where wires cannot be routed, the N5200B Pro can be made wireless using a supported USB WiFi adapter. The ports are also useful for communicating with a UPS. Speaking of USB, the N5200B Pro allows sharing of standard USB drives through the network. If there’s a new file to share to the minions, just plug in the USB drive and away and go. This should also work well with digital workflow when using cameras and camcorders, allowing you to have a backup of files on the NAS before destructive changes are made to original files.

You really can’t call this device dull as it continues with applications such as the ability to become a web server, IP Security Cam, or remote FTP. After hearing the laundry list of talents this device has, you almost start to forget that it costs around $818 – $838  on the street…hard drives not included. 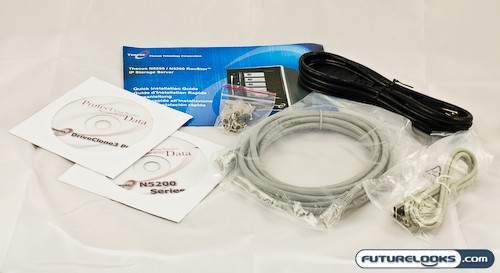 Inside the box, you’ll find your usual assortment accessories including a power cord, a USB Cable, a Gigabit Ethernet Cable, a Quick Start Guide and a more extenstive on CD user manual. A software CD is also included with some useful drive cloning software (DriveClone3) and the utility necessary to initialize and setup the N5200B PRO. Let’s move along and get better acquainted with the hardware itself…