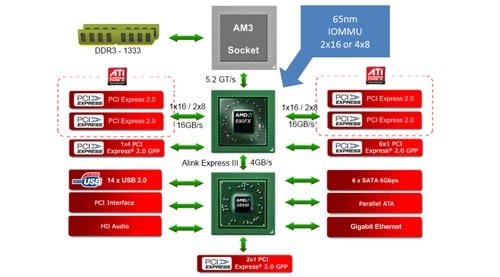 AMD’s 890GX chipset, which was just released in March 2010, is already a pretty fantastic value and a great performer for the price. However, with the launch of the new flagship CPU, they needed a new flagship supporting chipset. Something without the integrated graphics but with the same decent SB850 southbridge with SATA 3.0 (6Gbps). Add an extra PCI Express 2.0 graphics slot running at x16, increase the overclocking headroom for enthusiasts, and add a new hardware IOMMU (I/O Memory Management Unit) that produces increased system stability in virtualized and non-virtualized environments for those hardcore workstation people, and you get the new 890FX chipset. 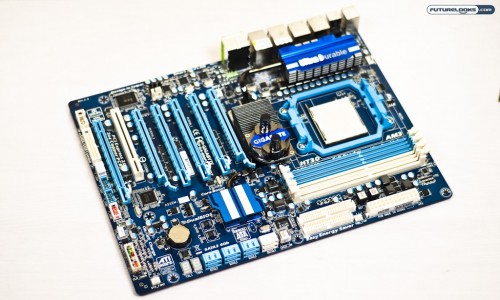 We were one of the few fortunate sites that got their hands on the new GA-890FXA-UD7 board for reviewing our shiny new Phenom II X6 1099T CPU. The board should be hitting the stores this week. Besides the now legendary good looks, logical layout and overclocking pedigree, GIGABYTE’s 890FX interpretation features the most amount of PCI-Express slots of all the launch partners. While everyone is happy with the requisite four full sized PCI-Express 2.0 slots (running at x8 each if you use them all. x16 if you use one or two), GIGABYTE has upped the ante and specified six of them on their board (only four of them are 8x. The other two are 4x when fully populated). 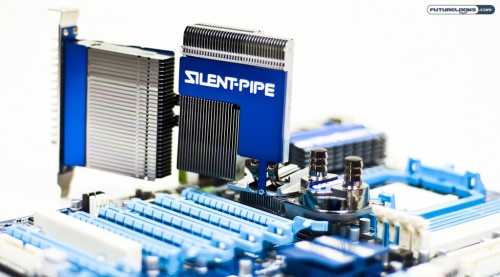 This board is really well built and feels that way, from the high quality assembly to the selection of solid capacitors, fully covered chokes, and 2.0 oz copper PCB which is also known as their Ultra Durable 3 technology . The board comes with a watercooling block on the northbridge preinstalled with the option to change it to a larger passive unit if H20 isn’t your thing. The board continues its laundry list of features with it’s unique 3x powered USB 2.0/3.0 slots that supply enough power to properly juice up hungry USB peripherals like hard drives and iPads.

The board also comes equipped with a hardware based CPU Core unlocking chip that allows you to more reliably unlock disabled cores in your AMD CPU. You also get all of GIGABYTE’s more popular features like Dual BIOS, onboard debug LED, onboard quick switches popular with overclockers, and their precision OV which provides more levels of voltage control and protection. 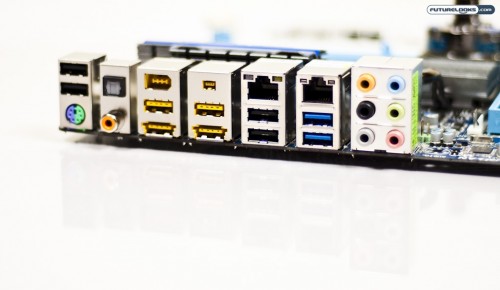 Other unique features include their eSATA connectors that double as USB connectors when they are not being used as eSATA, their Dual Smart LAN which automagically switches the network adapter if one goes down without you having to physically unplug and replug the cable (or teams them up for more bandwidth).

We’ve already met the motherboard. Now we need to make sure you know what else we’ve got in our “Thuban Six Shooter” test system. Our test system is based on the specs that AMD sets out for what they call their “Vision Black” platform which includes an AMD Phenom II X6 CPU, 890FX motherboard, DDR3 1600 memory and an HD 58xx series GPU. However, in order to put the hurt on the CPU, we decided to go for an HD 5570 GPU and regular DDR3 1333 MHz memory.

Normally we’d use a 4GB DDR3 kit, but with some of the chosen tests, we’d easily use up all 4GBs of memory, which would just put the hurt on the SSD and that could affect the results. Again, a weaker GPU was used to make the CPU do a lot more of the heavy lifting in our benchmarks. All latest driver updates as of this writing were used including latest BIOS. Next we’ll run you through all those graphs with the pretty numbers. Hopefully by the end of this, you’ll know whether to ditch that older Phenom II CPU of yours in exchange for the new hotness.