Have you ever looked at a Chromebook and wished to yourself that you could run Windows 10 on that thing? Conversely, have you ever gazed into the red nub in the middle of a ThinkPad keyboard and pondered the possibilities of Chrome OS? It looks like you might be in luck, because the new Lenovo ThinkPad 13 unveiled at CES in Las Vegas this week is both a Chromebook and a Windows 10 notebook. Sort of.

Before you get your hopes up about a true dual boot machine right out of the box, it should be noted that the Chrome OS version of the ThinkPad 13 and the Windows 10 version of the ThinkPad 13 aren’t exactly the same. They’re still too separate SKUs, sadly enough, but they do share practically all the same internals. Under the hood, there’s the newest Core i5 chips, up to 16GB of RAM and up to 512GB of storage. 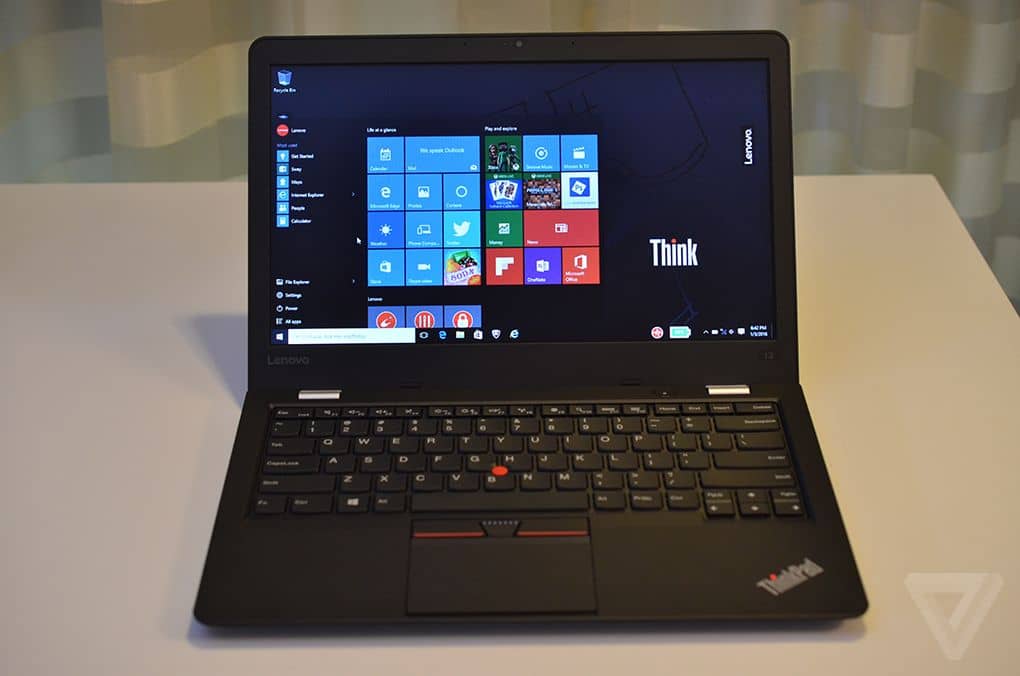 However, “thanks” to the specifications set forth by Google and Microsoft for their respective operating systems, the two takes on the ThinkPad 13 do have some significant variation. For example, it’s only when you get the Windows 10 model that you get the famed TrackPoint pointing stick. Some people call it the red nub. Others more crudely refer to it as the nipple. If you opt for the Chromebook version, it’s not there.

The Windows version, set for launch this April starting at $449, gets three USB ports, an HDMI port, and a USB Type-C connector. The Chrome OS version, to be priced at $399 when it ships in June, comes with just one regular USB port, but two USB Type-C ports. Check the source link below for more pictures.