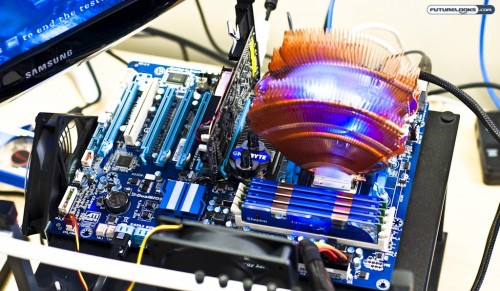 We wanted to find as many benchmarks as possible that take advantage of the extra cores, from rendering a real video in Adobe Premiere Pro CS4, to games that are known to be able to take advantage of multi-core processors. We’ll also be comparing all of the listed CPUs in the benchmarks so we have a better understanding of which types of applications would benefit most from the extra cores on-board. For the X6 1090T, we kept Turbo CORE enabled for all tests because it is a feature of the CPU.

With the exception of the Adobe Premiere Pro CS4 rendering test, all of the benchmarks in this tests are free to download and allow easily reproducible results with your own system. Unless otherwise stated, we used default settings with the only change being the resolution to 1920×1080 where available. We maxed out the settings in the games wherever there was a global setting available, else we went with defaults.

This benchmark allows us to compare fairly across the different CPUs we’ve chosen to test. Since this test has some very heavily multi-threaded benchmarks, it is our hope that the more cores you have, the better the performance will be. 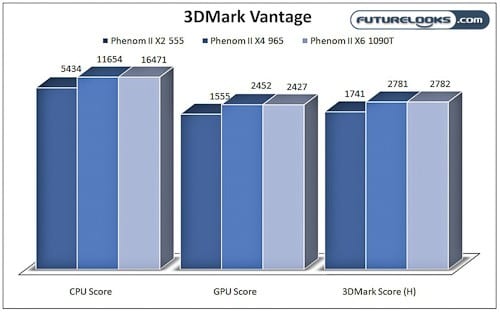 Based on the results, we can see that more cores does equal more performance to a point. The X6 does have a lead over the X2 and X4 in the CPU score, but the GPU score has the race nearly neck and neck with a dead lock in the 3DMark Score which we set to “High”. This may give us a general direction of how the rest of the gaming benchmarks will go.

This benchmarks allows us to see the performance of our CPUs in different productivity scenarios. From video encoding to photo manipulation. Comparing the CPUs across these standardized benchmarks should give us an idea of whether or not there is an advantage to going with more cores and where. 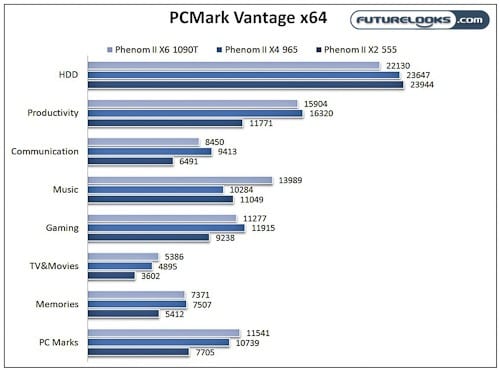 The results tell us that the extra threads provided by the X6 give us a specific advantage in music, TV&Movies and the overall lead. The advantage overall for those areas was enough to pull it ahead, but we can also see that in some areas like productivity, communication, gaming and even HDD, that more cores does not always equal greater performance. In this case, we can surmise that the higher clock speed of the X4 was more of an advantage.

The various categories of the tests provided by this benchmark give us a good look at the raw performance of each CPU. Its standardized nature provides us with a way to compare different CPUs, even ones not tested today. 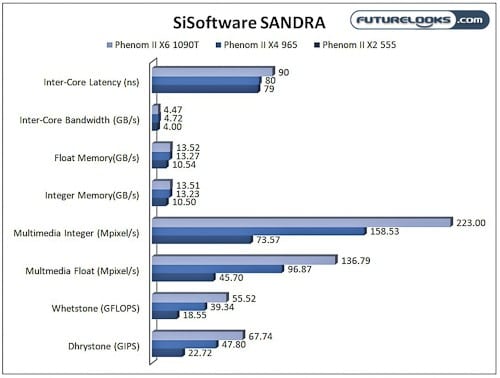 The results give us a good snapshot of the brute strength provided by the X6 CPU over it’s lesser cored brethren. We can see clearly that the extra cores make a difference and should reflect in applications that can use the extra threads. Things like mathematical modeling, computational programs and rendering engines should see a lot of benefit.

Now that we’ve gotten through our major synthetic benchmarks, we will start moving progressively to more real world benchmarks. This should hopefully start to give us an idea of where we want the extra cores and maybe where we don’t need them as much.