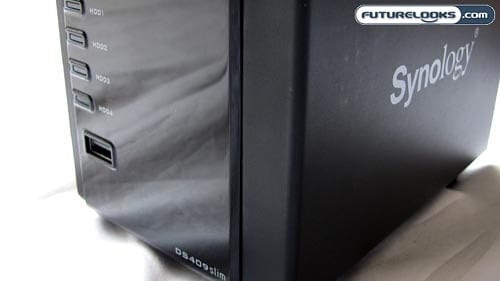 You probably could opt for a simple external hard drive, but you get a lot more functionality when you consider a network attached storage (NAS) solution. This way, everyone on your home (or work) network can access the files and functionality offered by the NAS.

While most NAS enclosures get a little bit on the bulky side of things, the Synology Disk Station DS409 Slim is about as compact as it gets, especially when you consider that it houses four hard drives in total. It also comes with a number of handy features that you may not find elsewhere. 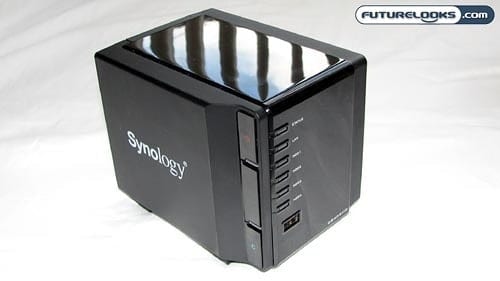 The Synology Disk Station DS409slim is designed to work with four 2.5-inch hard drives. This may hurt the performance compared to 3.5-inch drives, but it also helps to lower the overall power consumption and noise.

While other NAS enclosures typically have to be opened up for you to access the drives, the DS409slim gives you direct access to the drives from the back. It’s not exactly a “hot swap” solution, but it’s about as close as it’s going to get.

For tech specs, you get a 1.2GHz processor, one 60mm fan, 128MB memory, and DLNA support. You can choose to set it up as basic, JBOD, RAID 0, RAID 1, RAID 5, RAID 5+Spare, or RAID 6. While you could install some software on your computer, the vast majority of the interface can be done through a web browser instead. Connectivity is provided by a single gigabit ethernet port.

Included in the Box 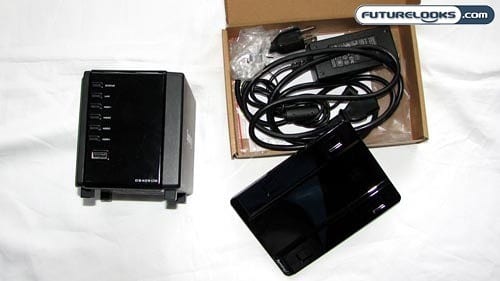 While it would certainly be nice if something like this came with the storage included, that’s never really the case. The DS409slim has four bays to take on 2.5-inch hard drives, so you’ll need to invest in four drives of your own.

Aside from the actual Synology NAS enclosure itself, the box doesn’t come with that much in terms of accessories. You get the power supply brick and a power cable and an ethernet cable. There’s also the basic set of instructions and an installation CD, as well as a small stand.

Smaller Than a GameCube 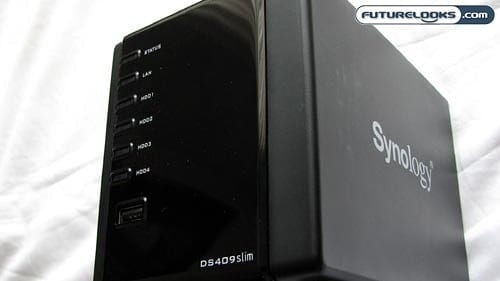 You want small? The Synology Disk Station DS409slim is even smaller than the Nintendo GameCube, which was already pretty small in its own right. The DS409slim is almost cube-shaped, measuring 120 x 105 x 142mm. It’s also roughly the size of one of those really big coffee mugs that you see some people using. This is quite the tiny footprint for a fully featured NAS.