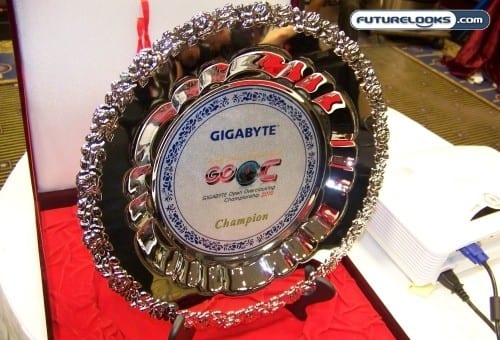 It’s been a little over a year since we last covered the Los Angeles stop of the GIGABYTE Open Overclocking Championship, which is better known as just GOOC; A global event that celebrates overclocking and the efforts of the best of the best on the planet.

GIGABYTE once again assembled several industry leading sponsors in LA  this past weekend (August 6 – 8th) to provide their best hardware for this extreme frequency competition. The goal is to overclock the living snot out of the components provided by Intel, GIGABYTE, Kingston, and Thermaltake. They’ll specifically be overclocking the CPU, GPU, and memory to come up with high frequencies and amazing scores in some leading benchmarks to get themselves a place at the finals in Taiwan. 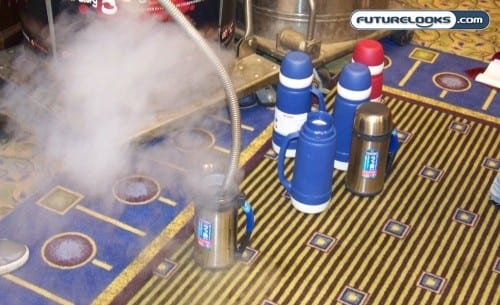 The trick here is to find the highest, stable combination of CPU, GPU and memory frequencies that allow competitors to finish the assigned benchmarks. Opponents repeatedly ran benchmarks for hours trying to find that sweet spot to secure the best score and a place in overclocking history. The benchmarks used this year included Super Pi 8M, MAXXMEM, PiFast, and WPrime 32M.

While the objective was to find the highest stable frequencies, the competition also brought fourth some extreme methods of cooling such as liquid nitrogen (LN2) to cool the components. Temps were often as low as -110 Celsius which is what saves the components from melting down when using high voltages.  Definitely don’t try taking your components WAY past the redline at home without significant sub-zero cooling like these guys are using. You won’t like the results.

The most amazing thing though is that even though many competitors take it way past the safety limit, the methods used in this competition will often still render systems completely useful later on. Component quality has a lot to do with this reuse ability as well. 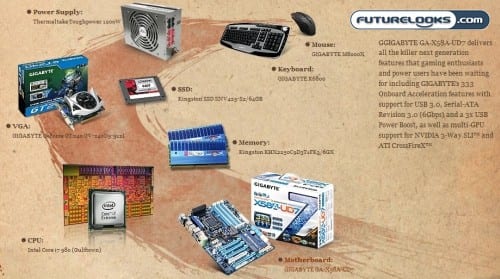 Naturally, competitors are using GIGABYTE’s GA-X58A-UD7 motherboards which, if you’re unfamiliar, is a very good overclocking platform. Its power management makes it one of the most aggressive, enthusiast motherboards on the market featuring plenty of expansion and truck loads of VRM support for the baddest of processors. It’s only second to their own X58A-UD9 which is the ultimate board for overclocking.

INTEL provided the Core i7-980XE 6 core chips like the ones we reviewed earlier and Kingston provided their new HyperX 6GB 2250MHz DDR3 triple channel memory kits with ICs rumored to be created by gods. Thermaltake’s Tough Power 1200 watt power supplies made sure everything went where it was suppose to go: to the moon at speeds over 5GHz! Clean and stable power is definitely a place that overclockers need plenty of when running high voltages.

A more budget minded GTS 240 video card was thrown in to the mix since 3DMark isn’t as an important factor in this year’s competition.

Why Do They Do It? 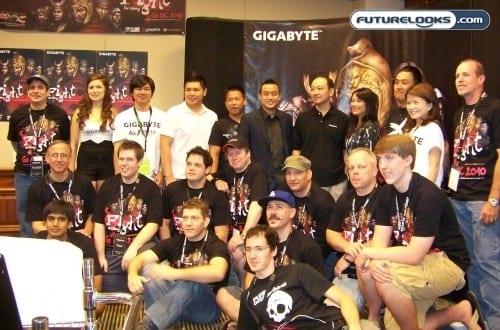 Simply put, because hardcore enthusiasts know there’s more performance hidden underneath all those fancy heat sinks and heat pipes. There’s also some great comraderie within the community itself. This is not unlike the gaming community and of course comes with some bragging rights for going fast. The prizes are just a bonus most the time. In fact, some of them have gaming systems that have only seen moderate overclocking, if any. For more on why some of these guys do what they do, you can check out our video interview with Sno.Icn at last year’s event.