Yes, it’s that time of year again. Santa Claus is taking a look at his list of children both naughty and nice, checking it twice to see who gets a shiny new toy and who gets an ugly lump of coal. You’ll likely also find yourself among the hordes of shoppers at the mall, digging through the bins as you seek out the perfect present. Last year, I offered some possibilities for the fighting game fans in your life. This year, I turn my attention toward people who happen to be pretty enthusiastic about retro goodness. They yearn for the days of yore when the yellow Sony sports Walkman was the hippest thing on the block.

How can you appeal to the 80s geek (and beyond) in your life? Here are ten of the best possibilities as we take a look at the gift guide for retro geeks. 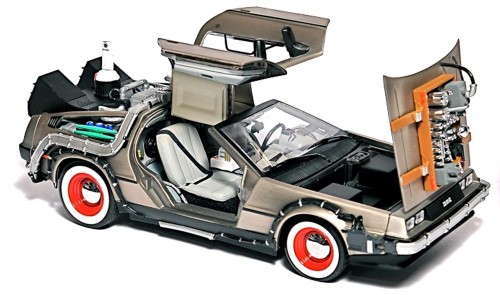 Go ahead and jump back to the future with this Delorean external hard drive. No joke, this 1:18 scale model is an exact replica of the time-traveling vehicle of choice for Marty McFly and Doctor Emmett Brown.

Naturally, it’s not going to reach the speeds necessary to take you to the time of your mother’s youth (that was an awfully creepy situation), but it will be able to back up and store all of those fantastic remnants from years gone by. If you want to give an extra special gift to your time machine-loving friend, load up this Delorean with a digitally remastered copy of “Never Gonna Give You Up” and a batch of your favorite Aliens wallpapers. The USB port is in the back. 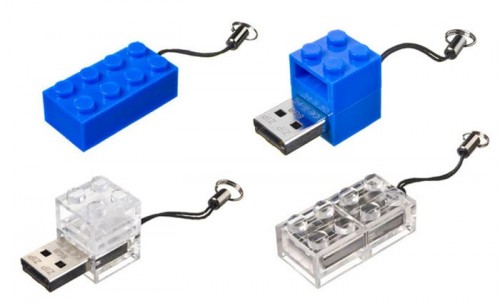 We all grew up with these little bricks. Some kids were lucky enough to get the real sets, spanning all sorts of genres and areas of interest. The rest of us had random buckets filled with an eclectic assortment of blocks, piecing them together to build whatever our imaginations could dream.

You might still dabble in the Lego system, but your Lego-loving compadre may appreciate some of the Lego USB flash drives available through MyZipZip.com. There are three different varieties available — classic, clear, and glow in the dark — but they all take on the same 4×2 total brick size. Prices range from $35 for a 2GB drive to $90 for a 16-gigger.

Searching through places like Etsy, you can find other Lego possibilities, including more than a few USB flash drives that are actually minifigs. That’s pretty cool. But if you are looking for something even more unique, designing custom flash drives for those on your list, will make that gift even more special. 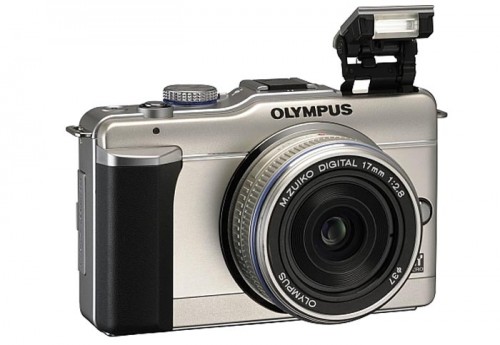 Do you have a shutterbug in your life? Before you head out and buy them a Digital Rebel or a compact point-and-shoot, you might want to consider the micro four-thirds format pioneered by Panasonic and Olympus. More specifically, Olympus has revived the PEN line of cameras from ages ago for its range of M4/3 cameras.

Currently, the newest of the bunch is the Olympus E-PL1, which happens to be my current camera. It rocks the retro look, a 12MP sensor, interchangeable lenses, and several art filters. For an even more classic appearance, you can consider the E-P1 or E-P2 instead, both of which are also a part of the Olympus PEN line. The E-PL1 sells for about $500US though I’ve seen it go on sale for as low as $400US.

Money is no object and you’d rather go with the real retro appeal of film? Look no further than the Leica M7 35mm shooter. Unfortunately, it costs about five thousand smackeroos, not including any accessories that you may want to toss into the bundle.