I sometimes wonder what MP3 manufacturers have in mind when they decide to compete in this market. With 80% of the customer base dominated by Steve Jobs’s iEmpire, how is it worthwhile to compete for the remaining 20%? Or do they have dreams of one day overthrowing the reining king of digital portable media? 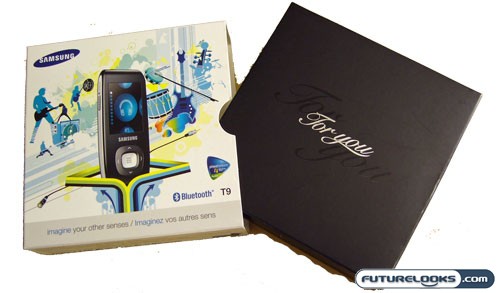 I would think that the first step in being a worthy competitor in this market is to find a way to differentiate yourself from the competition. Samsung has done well so far in this aspect. 3 or 4 years after embracing the “piano gloss” finish for nearly its entire line-up, Samsung has extended this design down to their MP3 Players. Offering a greater usability than the iPod, the Samsung series of MP3 Players were built specifically for the Windows-saavy user, offering drag-and-drop capabilities. For those who prefer to sync up playlists, an interface within Windows Media Player was already built-in, ensuring that nearly every PC user in the world had the software neccessary.

So with the advent of Apple’s “all video” iPod line-up, what does Samsung have to offer in the YP-T9? We’re going to find out!

However useless to me, it’s nice to see that Samsung has included options for some text and games. At least they haven’t stopped thinking about adding more options.  The YP-T9 also features an FM Tuner which has been a staple of the Samsung MP3 line since the beginning, and sets the unit apart from the iPod crowd.

If you’re a MAC user, you’ll have to stop here.  There is no Apple love at Samsung when it comes to the YP-T9.  But if you don’t meet the following requirements, you might not get any love at all…

I don’t believe Samsung has ever failed me in the design department. Not even in package design, and the T9 is no different. It comes in a white box, displaying the MP3 Player in the midst of various lifestyle sillouette drawings.

Embracing how naturally MP3 Players and gift giving go together, Samsung gives that added touch. Then finally, like the climax to a great symphony, the YP-T9 is revealed. 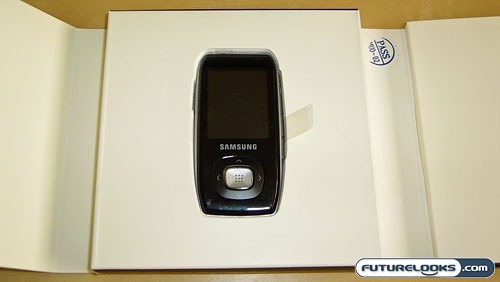 Beautifully displayed in its glossy black (of course) finish in a size that rivals that of the iPod Nano. Chrome accents indicate a level of luxury.