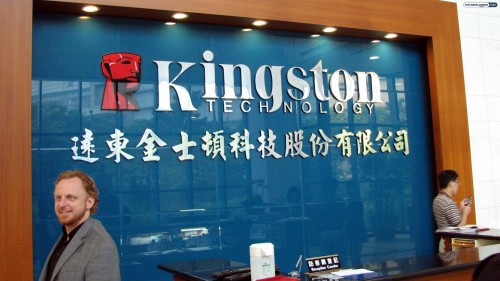 While I was over in Taiwan covering COMPUTEX Taipei 2010, I had the opportunity to go on a little excursion outside of the main city. It was on that day that we paid a visit to Kingston Technology, seeing how they did what they did. It was also on that day that they revealed two new products to us. Let’s start with those, before we head off into the deep recesses of the factory. 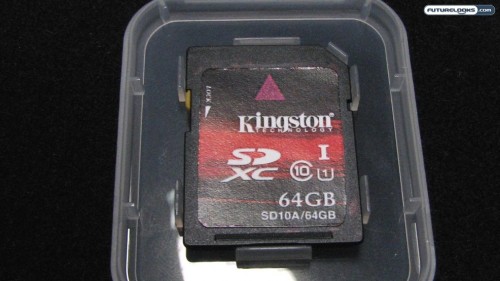 It was way back at CES 2009 in Las Vegas that the SD Association revealed the new SDXC memory card format. Now, these cards are ready for mass consumption.

The new Kingston 64GB SDXC UHS-1 Class 10 memory card looks just like the regular SD and SDHC cards that you’ve been using in devices like the Samsung HMX-U10 camcorder, but it packs quite a bigger punch. For starters, it boasts 64GB of capacity in a postage stamp-sized package.

It uses the new exFAT file system, which is not backwards compatible. Currently, the maximum data transfer speed is 104MB/sec with actual times clocking in at 60MB/sec (read) and 35MB/sec (write). 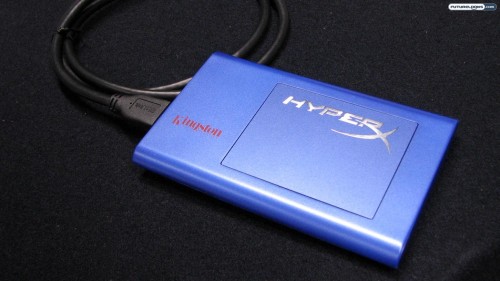 One of the emerging trends at COMPUTEX 2010 is the increased implementation of USB 3.0. Kingston is more than happy to join this bandwagon too and they’re doing it with a pretty sweet portable drive.

The Kingston USB 3.0 HyperX portable solid state drive looks like a regular portable hard drive, but it features that beautiful SSD technology, accompanied by the much faster USB 3.0 connection. How fast are we talking? The blue wonder can go up to 195MB/sec (read) and 160MB/sec (write) with sequential data transfers. Those are near SATA speeds.

It will be made available in 64GB, 128GB, and 256GB capacities at prices yet to be determined. It will be backwards compatible with USB 2.0 ports using the right cable and the HyperX drive is set to launch in August of this year.

The Origins of Kingston Technology 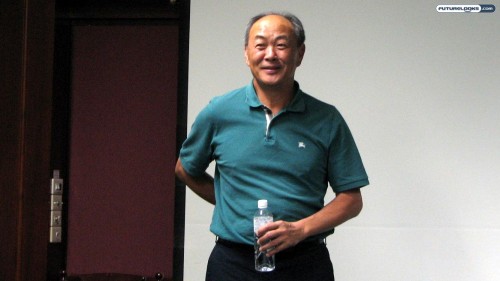 Personally, one of the highlights of my Kingston day was meeting with the company’s co-founder, David Sun. He told us about how Kingston came to be, describing it as “pure luck.”

Someone came to him and asked how to cram more memory into the board and he saw that he could put the chip on a module and make it vertical. All it took was some home-based soldering. Each module cost him $200 in materials, but he started to get more and more orders in, allowing him to increase his price from $225 to $300 to $450 to $600.

Kingston Technology was thus founded in 1987 and it enjoyed a monopoly for four or five years. By Sun’s own admission, “I’m just a lucky guy.” He even went on to sell Kingston in 1996 for $1.9 billion, only to buy it back a short while later for $450 million.