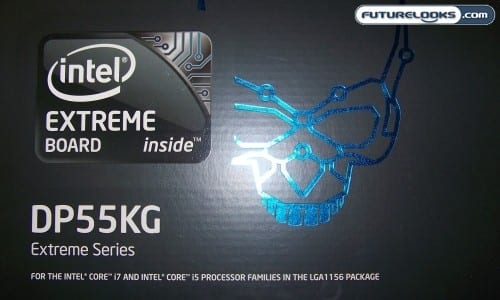 When the LGA1156 Lynnfield Processor launched, we touched on the basics of the reference DP55KG Extreme Series Motherboard. At launch, it was the standard and the board to beat as we’ve reviewed other comparable P55 motherboards along the way. Essentially, if another platform can’t emulate, match, or improve upon its performance, we really aren’t interested.

Preliminary performance based on its primary BIOS wasn’t weak at all. In fact, since then, it’s received a couple more BIOS updates that fixed a few issues we didn’t encounter in testing, but others have come across. Considering the countless variables, what we’re more interested in is how it measures up to the current crop of boards now that the P55 market has matured. Besides, there’s more to the DP55KG than meets the eye.

As with pretty much every P55 motherboard we’ve tested, the Intel DP55KG is full featured ATX solution packed with lots of expansion possibilities. 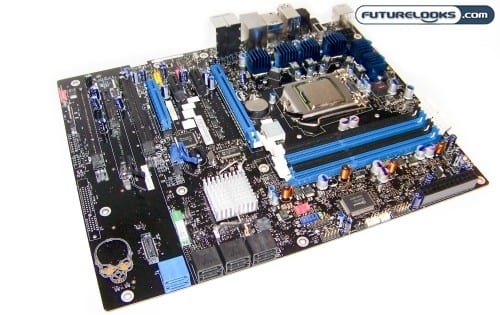 It supports any LGA1156 Processor as well as the latest DDR3 memory up to 1600MHz. This will generally offer enough overclocking options for the avid enthusiast. You can add up to 16GB worth of memory if needed. Just make sure it’s quality made RAM and you’ll be very happy with the results.

Naturally, the board supports Nvidia SLI and ATI CrossfireX graphics card configurations. Dual card configuration follows the rest of the pack operating in x8 by x8 interface. Any performance penalties will only be visible at the upper most insane resolutions.

The audio solutions on most of the various P55 platforms are Realtek. Here, you’ll find another Integrated ALC889 Realtek HD Codec. It supports up to 10-channels. That’s 7.1 + 2 independent multi-streaming.

A new welcomed feature is the BIOS recovery button found on the back of the board. If the system fails to boot like when overclocking, simply press the button in and reboot. The motherboard will load fail safe settings so that you can select working ones in the BIOS. Then you depress the button again via the BIOS message and hit the reset button.

First Impressions of the Kingsberg 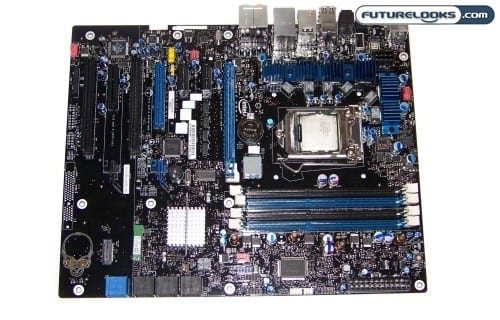 Very few people realize that the DP55KG Extreme Motherboard is actually pretty exciting. Sure, you see the Skull moniker at the bottom of the board, but do you know what it does? We’ll show in a bit.

You’ll notice that the board has quite a bit of unused real estate. That’s because there’s a lot of extra space without the need for the old school Northbridge chipset or any of the components that supported it. Everything is all Southbridge.

The theme used here is jet black with a mysterious alien like Skull. It kind of reminds you of the skulls seen on the walls of many Myan and Incan drawings. Remember the Skull Trail board and its cool looking glyphs? It basically follows suit and fits nicely with the theme. 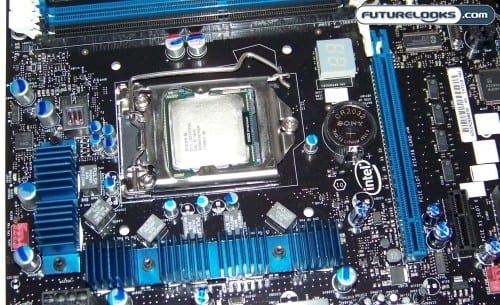 Overall, the board is pretty modest in terms of flashy heat sinks or cooling. The blue PWM heat sinks look very similar to past revisions. And, the south bridge heat sink is a very basic aluminum passive version. It would’ve been nice to see something a little more intense heat sinks to match the more “Extreme” theme.