You want a bunch of fancy features and added functions? You’ll need to look elsewhere. 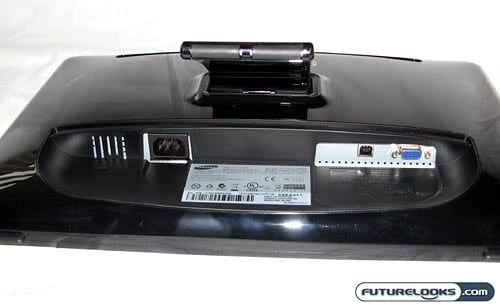 The Samsung SyncMaster LD190 does not come with integrated stereo speakers, a USB hub, a webcam, or any of that other kind of stuff. As a result, the connectivity options have also been kept remarkably simple. On the left side is a place for the power supply and the two input options are on the right side. There’s also the standard VGA/RGB port and a USB port.

The USB port has a function other than just simply being there. After you install the appropriate drivers from the provided CD-ROM, you can run this monitor through a USB connection at full-resolution. That’s pretty convenient. It is a shame, however, that there is no option for DVI or HDMI. 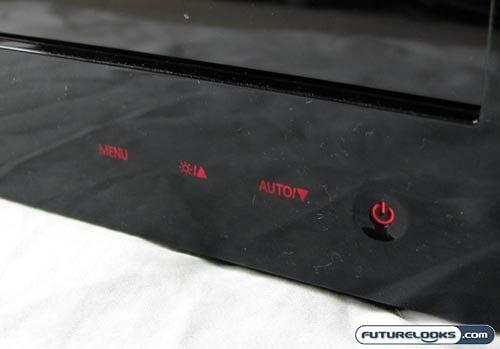 On the Samsung SyncMaster P2370, we were treated to the Starlight Touch interface for the on-screen menu. This made for a cool white glow for the touch-sensitive “buttons” that would magically appear from behind the black bezel. For the LD190, we get a similar experience, except it’s all in brilliant red.

Until you graze your finger along the lower-right corner of the black bezel, you won’t see any of these touch-sensitive buttons. The only exception is the power button, which is an indented portion on the otherwise flat bezel. 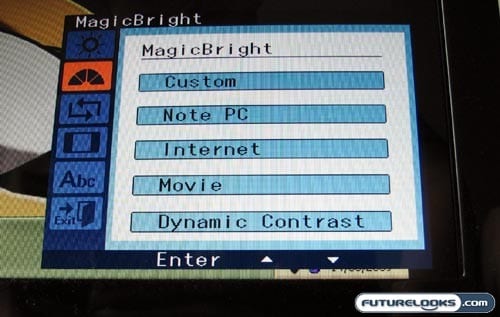 For some reason or another, it seems like Samsung significantly simplified the menu interface for the LD190. Initially, it’ll appear like you do not have nearly as many options for adjusting things like contrast and color balance. There is a tab for brightness, but where’s the rest? That’s where the MagicBright options come into play.

You can use any of the pre-determined settings or you can make your own with the custom option. This isn’t quite as convenient as some other menu systems, but it sure makes it a lot simpler.

Let Me Level with You

So, is this LCD monitor really on the level? (Sorry, that was a horrible pun and it was completely uncalled for.) 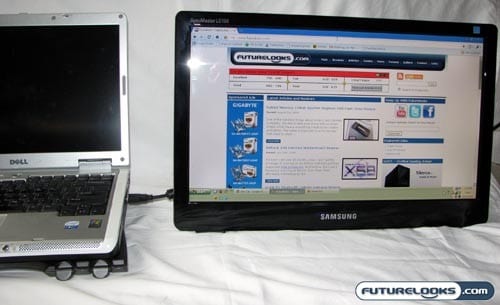 In the picture above, I have my 14.1-inch Dell Inspiron sitting on a basic laptop stand next to the Samsung LD190. As you can probably see, everything seems to be lining very well between the two screens. I happen to have my laptop screen turned off in the shot, but you get the idea. It’s also notable that, for the shot above, I am running the LD190 off of a simple USB connection.

As mentioned, this adds a great deal of versatility and, assuming that your computer has the processing power, you can run several monitors using several USB connections. The USB connection is similar to that of the Nanovision Mimo UM-710 and the Samsung SPF-85V digital frame.

With the LapFit design, I can see how it would be a lot more comfortable for laptop users to do the dual monitor thing with a display like this over a regular LCD.