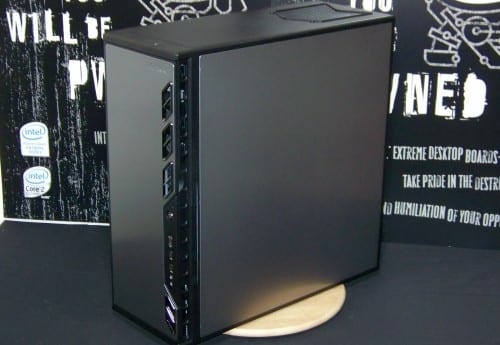 Having built many a PC, I can honestly say it’s pretty simple building a machine using stock or aftermarket components and parts. However, when noise is an issue, you have to start doing more in depth homework as there are plenty of noisy components these days. But there are very few components that can help cut down or eliminate noise all together. This is where companies that specialize in innovation related to silence can help. Today we get to see the results of Puget Systems’ quest to build the quietest enthusiast based PC on the planet: The Serenity. 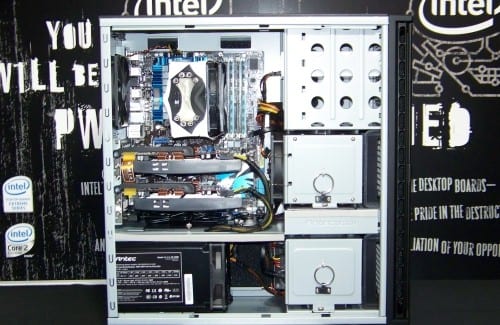 The objective of Serenity is to create the best performing computer without the noise. That means using some of the latest silent, or near silent components possible to eliminate said noise. First, engineers started with a worthy computer case that can block noise while looking refined and elegant. That’s where the Antec P183 enclosure comes in. Next, Puget assembled tried and true components that they themselves have put through rigorous testing. This certification process makes it possible for them to put their guarantee behind their creation that it will not fail its task of silence.

One of their favorite components is any performance level video card that is passively cooled, or can run near silent. In the case of the Serenity it’s a pair of passive ATI HD5750 1GB video cards. As more silent configurations of performance level graphics cards like ones based off of the nVidia GTX 460 become available and pass validation, they may be added to future configurations.

Some of Serenity’s features and specs can be customized but certain package improvements are included in the configuration for it to be part of the Serenity series. Some of those examples include:

In the end, the goal of this configuration is to avoid any noise if at all possible. A magic 14dB number popped up during discussion. However, based on the enclosure used and noise prevention methods, we found something even more interesting during testing.

Here’s the break down of our particular test build. Keep in mind, the system is configured based on low noise and low heat performance, yet sports a slight overclock from the factory.

I’ll be comparing the Serenity to my own test system assembled as closely as possible with available parts. The system stock to offer a truer comparison between what us end users assemble versus what Puget Systems assembles.

Before any system goes out, Puget thoroughly validates every possible feature, function, and overclock. For example, a full CPU Burn-In test was performed while monitoring CPU core and GPU temps which it has to pass. If something doesn’t pass muster, the component or system is replaced.