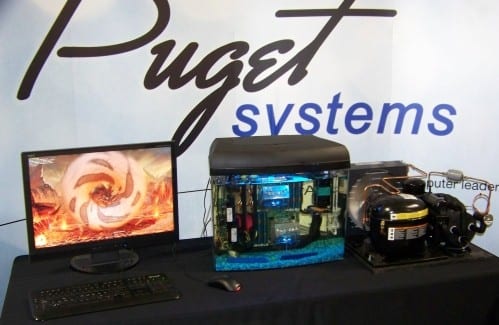 One of the cool features about any Puget Systems build is that they post benchmark results of each system online while it goes through stability testing. They are also included in your product notebook. I’ll be comparing my results without the system overclocked to give you a more realistic view of what your dollar purchases compared to something you can build on your own.

CDM tests the systems storage performance.  Thanks to the use of a PLX chip on the ASUS P7P55D-E Pro motherboard, the system produced slightly higher (about 5%) sequential read and write transfer rates when it comes to the Western Digital 2TB Caviar Green hard drive. Unfortunately, I don’t have an exact duplicate Intel X25M SSD to compare, but I’m sure it was hauling a$$.

This benchmark measures and compares the system’s CPU performance utilizing features like Intel Turbo Tech and Turbo Mode. Remember, the Serenity system is overclocked while my system was not.scored lower with the Single CPU 1.17 and Multiple CPU 5.41. However, I’m running a GTX 285 which resulted in 35.11 FPS in the Open GL tests. The important thing is the Serenity is indeed faster.

In encoding and encoding, zipping and unzipping, the Serenity configuration was about 15% faster and more efficient than my stock Core i7-875K processor. Since our Serenity ships with 8GB 1333MHz DDR3 there was no lack of memory when crunching larger files. 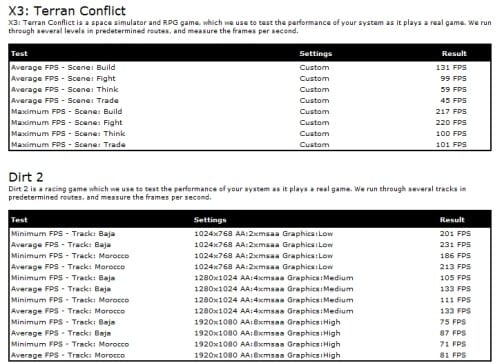 The dual ATI HD 5750 1GB cards out perform my single GTX 285 1GB pretty easily. My results were about 18% less throughout with the GTX 285 and the stock CPU clock. Let’s check out some more game titles and some more direct comparisons with my built system.

The humble pair of HD5750 video cards really aren’t intended to handle really high resolutions in BFBC2 or RE5. But, they do just fine up to 1920 x 1080 especially in Crossfire mode. They still out pace my stock system and single graphics card by a decent margin.

With the Crossfire combo and overclocked CPU, the Serenity crunches out a decent Direct11 score. If I had thrown in a GTX 470, it probably would have been different. But, then two ATI HD 5750 1GB video cards are cheaper than one GTX 470 and are completely silent due to the passive cooling. A FERMI would BURN if it was passive and loaded.