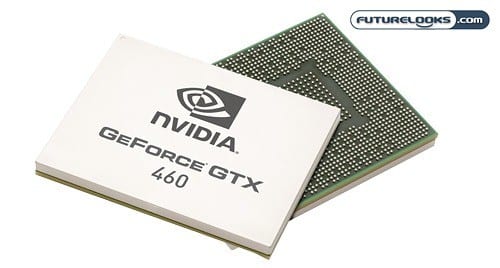 I remember a GPU called the 6600GT that offered so much bang for the buck that no one was able to follow at such an aggressive price point. I remember it well because it was the first GPU that I ever bought that made me feel like somebody out there actually wanted me to play my games without having to spend a small fortune. It allowed me to play my favourite games at reasonable frame rates and at decent resolutions, but most importantly left me enough cash to buy more games. For most of today’s mainstream gamers, that sort gift hasn’t come from nVidia in quite some time, but this week everything changed as the GeForce GTX 460 was announced to the world.

A New Fermi for the Masses

nVidia really did their homework with this new GPU striking a balance of performance and price that makes the rest of their GTX 4xx line feel a bit silly. While all the rest of the line up is based on the notoriously hot and inevitably noisy and power hungry GF100, the new GF104 GPU has some unique tweaks that make it the polar opposite of the old regime.

For starters, the new core is re-engineered to be more agile and efficient. nVidia themselves call their GTX 480 a “tank” while the GTX 460 is more like a “hunter”: Agile and fast, but just as dangerous in some respects. Personally, I would have called it a “hot hatch” like a Ford Focus or an Abarth 500, but they must not watch Top Gear at NV HQ.

Moving along,  instead of simply cutting a GTX 480 core in half, they made some very important modifications that make it very much its own chip. They gave the GTX 460 336 CUDA cores (48 per SM) instead of crippling it with 240 which is half what the GTX 480 has. They also kept the number of texture units to 56 which is only four less than the GTX 480 and only cut where they needed to which was in the polymorph engines. The GTX 460 has 7 while the GTX 480 has 15. In other words, a lot of the same grunt without the massive coronary causing calories.

Most importantly though, the GTX 460 GPU is cheaper to make, very high performance and is far more efficient than the GTX 4xx’s that came before it. All the jokes about frying an egg on a Fermi end with this new GPU. 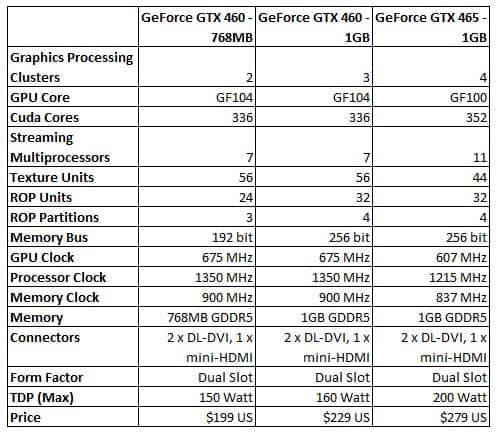 Who Dares Challenge at the $200 Price Point? Hello? ATI?

Obviously the GTX 460 already looks like a winner on paper. In fact, during our press briefing last week, I was really sad to find out that everyone else had their GTX 460s a week ago hence the delay of our own look at this new GPU. However, while waiting around patiently for our card to show up, I got familiar with ATI’s $200 price point GPUs: The HD 5830 and the slightly less expensive HD 5770 which we unboxed very recently on our YouTube channel. The arrival of this GPU is a total game changer so we decided to wait until we had the band together before playing this gig. Here’s a quick rundown on their bios… 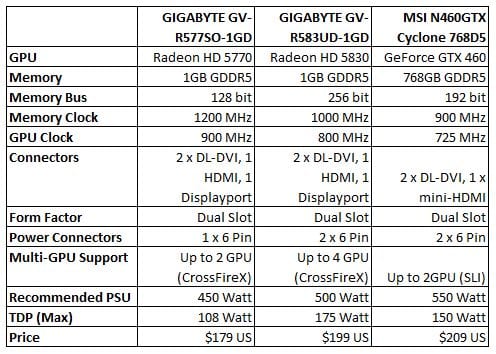 The GTX 460 card that finally showed up for us to lay our paw prints all over it was from MSI and is called the N460GTX Cyclone 768D5. This card is a 768MB version of the GTX 460 that is slightly overclocked from stock clocks of 675Mhz to 725MHz. It also comes with a customized cooling solution that looks somewhat like a Zalman design and you can see us peel it apart in our other unboxing video. For the purpose of our testing though, we will be returning the card back to stock clocks. We will be overclocking the snot out of the MSI when we review it separately later this week.

I don’t know about you, but I like to play games, not stare at specifications all day. So if there are no complaints or comments, let’s move on to introducing our test setup and then seeing what sort of playable frame rates we get at the magical $200 price point!