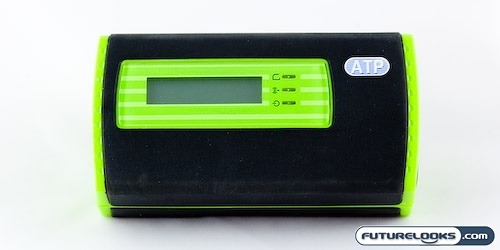 Unless it is a major landmark or attraction, it is often a little difficult to remember where exactly a photo is taken, especially if it’s been awhile since you took it or if you are a prolific photographer, snapping tens of thousands of frames while on vacation.  This has given rise to geotagging; a new emerging process for embedding geographic locations into a picture’s EXIF (exchangable image file format) data.  It has become an immensely popular practice, with more than a million photos geotagged on Flickr after the company introduced this feature about two years ago. However, the process hasn’t yet been as streamlined as one might hope.

Most geotagging on Flickr is done manually and there are few, if any, digital cameras with geotagging hardware built-in. Only recently (early August) did Nikon announce a line-up of GPS-enabled point-and-shoots and I’m certain that other manufactureres aren’t far behind to take advantage of the increase in Holiday Sales.  But if you don’t want to buy a new camera just yet, you can pick up a standalone geotagging unit such as the GPS Picture Tracker from ATP.

What Do You Get?

Included inside the box is a brief instruction booklet and a carabiner. ATP says that ideally, you’d want to have as little interference as possible between the Photo Finder and the Geo-Positioning Satellites so it’s a good idea to clip the device using the carabiner to your pants or to the back of your backpack.

The carbiner is made of plastic and is quite flimsy. Since the GPS Picture Tracker doesn’t weigh very much, it shouldn’t be a problem, however, it’s rather disappointing to see that they didn’t spend the extra $50 cents to put in a cheap aluminum one that would match the obvious outdoor focus of this device. 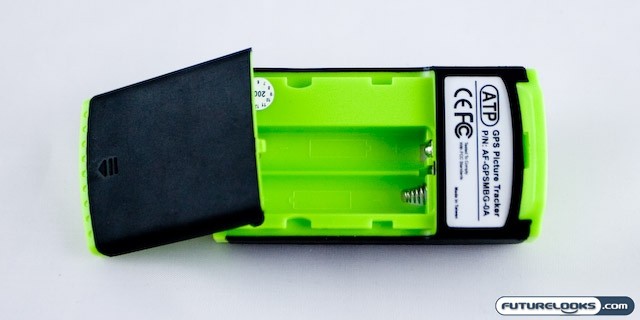 The unit itself is a bit smaller than most cell phones, measuring (1.75″ x 3.25″). The ATP GPS Picture Tracker runs on a pair of AAA batteries, which will give you roughly 7 hours of battery life and are not included. You may want to run rechargeables so you can keep the cost of operation low. 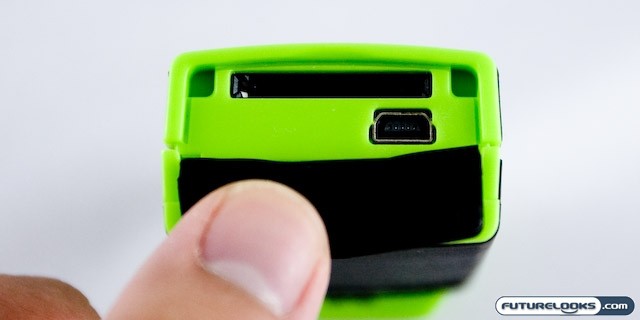 Behind a rubber flap is the SD card slot and a mini-USB connector, which we’ll get into later.  Powering the unit is the popular SiRFstarIII chipset and 123MB (according to the LCD screen) of flash memory which is used to log your position when the unit is in operation.

The selling point here is ease of use.  Whereas some other devices on the market may require software, the Photo Finder only requires that you turn it on, leave it running and plug your SD card into the provided slot when you’re finished shooting.  There are only three buttons so operation is simple.  Turn it on and it will automatically start searching for your geographic position.  Insert your SD card into the card slot and in a few seconds per picture, your JPEGs will have GPS info embedded in their EXIF data. 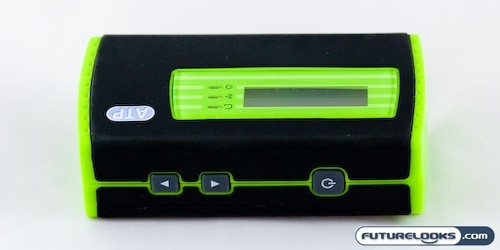 Unfortunately, the Photo Finder will only support JPEG, meaning that most professionals and advanced amateurs will not be able to use it with RAW files, such as Canon’s CR2 or Nikon’s NEF.  Also, nearly all Canon (and most Nikon) DSLRs use compact flash, which the Photo Finder does not support. ATP does make compact flash compatible units geotagging units, but require you to dock it into a station tethered to your desktop. If you use a format other than SD and Sony Memory Stick, you can plug a card reader into the mini-USB slot, making it a little more versatile.

Build quality is quite good and the Photo Finder feels quite solid.  The battery door secures tightly and the unit could probably survive falling out of your pocket.  However, despite what the rubberized exterior suggests, it is not water resistant so don’t leave it hanging on your bag out in the rain.