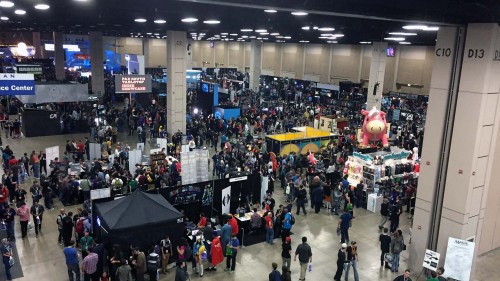 PAX just debuted their 3rd North American and 4th worldwide show this past weekend with PAX South 2015 in San Antonio, TX. For those that don’t know what PAX is, I won’t be able to help you with the boundaries on this article. Basically it’s a gaming convention, put together by gamers (the guys who run Penny Arcade), and marketed to and for gamers (basically us).

I’ve been a regular PAX attendee since PAX Prime 2010. I’ve attended 4 separate Prime and East events. PAX South 2015 is my 9th PAX, but this one is different from all those previous events.

The Dawn of a New Day

You see, this a new PAX, a virgin PAX, a baby PAX looking to find its way in the world. The first PAX was a Prime event held in Seattle in 2004, and the first East was held in Boston in 2009; both dates far removed from my PAX debut. So while I have experience with the big PAX spectacle, I am wholly unfamiliar with what a new PAX event looks like. After spending the entire weekend at PAX South 2015, and a few additional days in San Antonio itself, I have to say that the future for this new PAX looks promising. 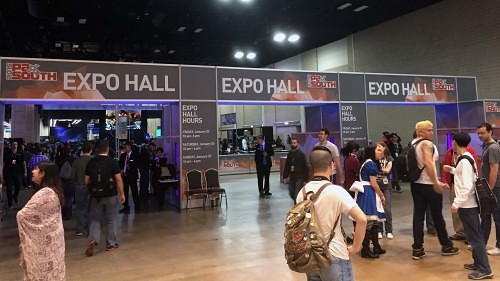 PAX South was undoubtedly a small event. You could see the entrance to Expo Hall from the back of Expo Hall, and many of the satellite rooms and theatres could be found in multiple areas of the Henry B. Gonzalez Convention Center. The only AAA game dev to be found on the floor was Nintendo, though you could also find booths by Intel, Alienware, and Logitech.

It was almost deceptively small, as the aforementioned convention center dwarfs by the size of the WSCC in Seattle where PAX Prime is held. It actually managed to contain both PAX and trade show put on by the Retailer Jewelers Organization.

Even with the smaller size, for the most part the place was packed. Friday afternoon was a bit sparse, both in attendees and booths. Things really picked up on Saturday though, with some booths actually appearing that hadn’t been there the day before, and attendees doing the same. The show didn’t manage to completely sell out, with Sunday badges still available on the day, but the floor did have a lot of people on it.

I was actually very glad to see this as a veteran PAX-goer. It shows a lot of interest in the region for a PAX event. This means the event should be able to attract enough attendees to justify any significant growth.

Tables on Top of Their Game

One thing the organizers of PAX South 2015 nailed off the bat was the tabletop area. Due to limited space at PAX Prime, tabletop has always had limited space to work with. As a result the tabletop has ended up in some odd places in the WSCC over the years. On the other hand, PAX East has the BCEC to work with, which has a significant amount of space available to just slap down a tabletop area on the floor.

Guess which approach was taken for PAX South?

The tabletop area at PAX South 2015 was found directly past Expo Hall. This is where I spent most of my time, as I’ve become an avid tabletop gamer over the past few years. The only downside was the lack of vendors selling tabletop games, other than publishers selling their own titles. I was hoping to come away from this PAX with some new titles that I can’t get north of the border, but I guess that’ll have to wait until my return to PAX Prime in September. This is of course another problem that will solve itself as the show grows.

Everything Will Be Bigger in Texas 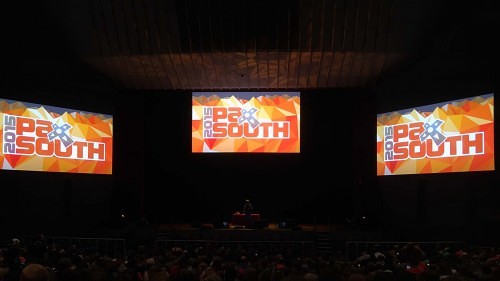 Overall, I enjoyed my visit to San Antonio and PAX South 2015. The show is off to a great start, and all the foundations for a proper PAX are there. The city of San Antonio seems to really want this kind of event in their borders, and the Henry B. Gonzalez Convention Center can easily encompass much more PAX goodness.

The people behind PAX also really want to be there, with both Mike and Jerry (Gabe and Tycho as they are known in their comic strip) relaying some funny anecdotes to us at their stage events. They even demonstrated their curiosity about local fashion in the comic that immediately followed the show.

As a PAX veteran, I’m glad I got to experience this PAX in its infancy. I look forward to returning the San Antonio in a couple years to see what has become of PAX South. Until then, I’ll see you all at PAX Prime 2015.