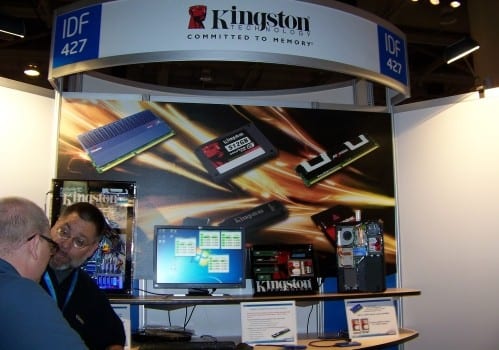 The Intel Developer Forum (IDF) is always a good place to spot new emerging technologies. Much of it tends to center around Intel’s current and future processor or chipset technologies but there’s more to IDF than just that. Many exhibitors provide advanced technical insight as well as previews of their future technologies in action. Basically, if you see it here, then you know it’s coming to the market in some form or another in the foreseeable future.

Intel Light Peak (ILP) has been on the radar for quite some time, but it’s been the last few months where we’ve finally seen some more promising demonstrations of the performance and potential of this technology. This is good news for HD media users who are looking for a near perfect experience without a mess of unnecessary cables. Intel Light Peak utilizes light via a fiber optic link to connect components rather than legacy USB or network cabling. Have a “peak” at what’s coming…

As shown above professionals will be especially interested in seeing ILP workstation class IO performance to the laptop. The interface definitely shows promise as well as a very fast alternative to moving large amounts of data in just about any capacity. We were told there were a lot more hardware supporting possibilities for ILP technology.

If you thought Intel’s integrated CPU graphics processors were weak, think again. Intel has transformed their Core i3 and i5 processors integrated HD graphics in to video streaming capable devices. With the help of the Intel supported software, any Core i3/i5 HD graphic laptop can transmit video content to your HDTV with just a small receiver. The goal for the future is to stream directly to any HDTV without the need for any supporting hardware.

One company close to the WiDi forefront was offering an enormous amount of movie content connectivity through their product called GlideTV. Using their brand new “What’s On” service, users can browse any and everything available on the internet via the service. No more random browsing in hopes of finding what you want. GlideTV also gives users plenty of internet based resources at their remote controlled finger tips including support for Pandora or Netflix.

GlideTV is definitely one robust digital friendly option and could very well be an easy to use alternative to Apple’s AppleTV product in the near future. Especially with an introductory price of $49.99US. 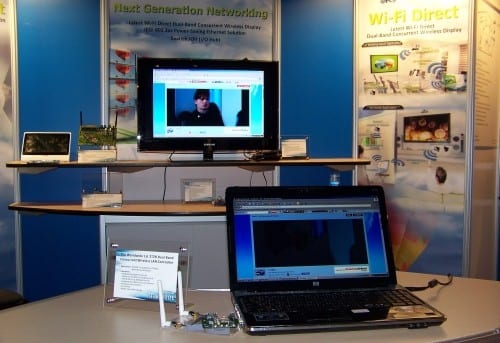 When you hear the name Realtek, it’s usually associated with integrated LAN controllers and audio codecs found on motherboards. These two integrated handy money saving features will soon be accompanied by a new Wi-Fi Direct sibling for future laptop and desktop computers.

Check out our YouTube Channel for more videos or hit our IDF 2010 Tag to see what we’ve been posting.

Love Our IDF 2010 Coverage? Hate It? Leave a Comment or Hit The Forums!