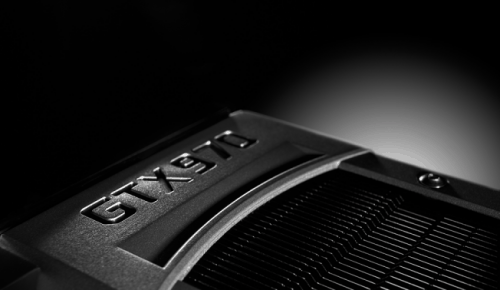 If you haven’t already heard, NVIDIA has been under fire over the amount of usable memory on their GeForce GTX 970 GPUs which advertise 4GBs onboard. However, if you use more than 3.5GBs of memory, you’ll see performance degradation of up to 60% in some situations. While most users will not hit the limit, some will, and with high resolution textures and 4K monitors becoming increasingly cheaper and more available, anyone with this graphics card in their system, while using high resolution textures and monitors, in the right circumstances, will hit a performance wall. If you want a more technical explanation, you can hit up PC Perspective where they’ve gone straight to the source, and have a few diagrams for you to look at.

The bottom line is, NVIDIA has a GPU that has 4GBs onboard in total. It’s divided into two pools: a fast 3.5GB pool and a slow 512MB pool. In certain circumstances, if you end up using all of it, performance will fall down a set of stairs. While the gaming circumstances are more rare, some of us (like me) that use the GPUs for their processing power in applications that may use all the memory, past 3.5GB (like when I’m editing video, and using a whole ton of plugins) performance will hit the wall.

It’s worth noting that the GTX 980 does not suffer from this issue, nor does the recently launched GTX 960. Although I’m sure some will investigate further when 4GB variants hit the market.

While there was some talk about a driver that would potentially fix the performance issue for scenarios where the performance drop may occur, it appears that the GeForce Forum Post that pointed to that possibility, was altered, to remove mention of this solution, and even the wording to help buyers with refunds or other options has been changed. This has led some to put together a petition to force NVIDIA to offer refunds. Although according to Legit Reviews, some UK retailers are already offering refunds in the name of customer service. 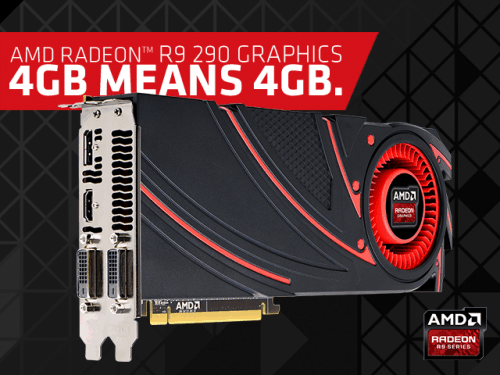 So where does AMD fit into this GTX 970 Memory-Gate story? Well, they are having a bunch of fun. First, they ran a contest for 970 minutes on Facebook, awarding 16 AMD Radeon R9 290Xs, which offer a true 4GBs for VRAM, to some lucky winners. At the same time, they also released their latest AMD Fixer video, which of course, makes more fun of NVIDIA.

Finally, to cap this all off, AMD started slashing prices on Radeon R9 290X cards. In fact, according to TweakTown, you can get them for as low as $299 US from NewEgg. And AMD hasn’t been shy about reaching out to people coming back into the store for an exchange or refund on those GTX 970s, with an extra discount.

So what’s your take on this? Do you own a GTX 970? Has the performance been an issue or is the GTX 970 memory-gate a non-event?