A few months ago, EA released news they were setting up their own digital distribution service call Origin. Unlike GameStop’s Impulse or Direct2Drive which are site based, Origin is a software client similar to Steam that you install to manage your games. While its true there is nothing stopping you from using both, the obvious similarities and contrasts between Origin and Steam beg to be compared. Being big game fans, we explore how well Origin stacks up to Valve’s Steam. 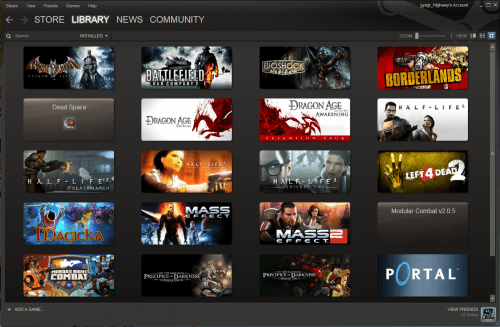 Steam is a software based service attempting to provide PC gamers with more than just a place to buy games. Steam is a gaming platform which strives to provide all the tools you need for gaming.

The minimum requirements to install Steam are 512 MB of RAM, 1 GHz processor, and 1 GB of free HDD space. Once installed, actual resource use varies. My install of Steam current uses around 243 MB (Not including Games) of HDD space and anywhere from 8.4 MB of RAM (minimized to taskbar) to 113 MB (running 720p video full screen) while in use. Steam tries its best to use as few resources as possible.

In addition to advertising, selling, downloading, and managing your games (including automatic updating/patching), Steam offers other services and features. These include VOIP using Skype’s protocols, Instant Messaging service, Gaming News RSS feed, and Community Group Pages. It is very well rounded and versatile software, but what do you expect from software with 8 years of experience. 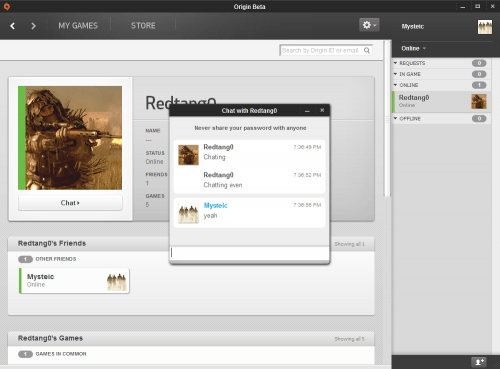 Origin is the first real attempt to challenge Steam and comes to us via an EA Download Manager overhaul. The minimum requires haven’t been posted on Origin’s site. As Origin will only offer EA titles, minimum requirements for any game available on Origin should far outweigh the requirements of Origin itself which is listed as about 50 MB. Steam offers games like Peggle Extreme which have minimum requirements lower than the Steam application.

My install of Origin Beta uses 107 MB of HDD space and 83 MB of RAM. This number does not change when the software is minimized, showing the store page, showing the game library, etc. The only time it changes is when a chat window is opened, which brings it up to 84 MB.

Currently Origin only offers the basics of game buy, download, management, and an IM service. This is new territory for EA and you need a strong core to build on. EA stated Star Wars: The Old Republic is an Origin exclusive to help build an audience for the software. Once they have a core audience, they can move on to building new features one by one. 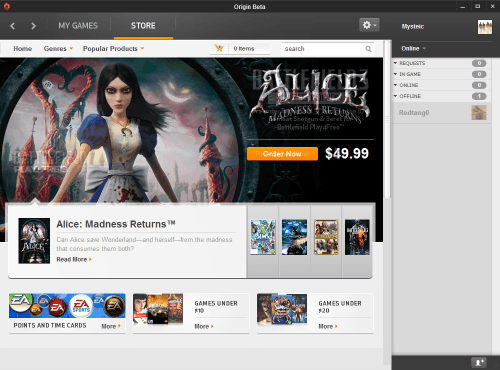 Origin by EA currently uses the same format as Steam’s storefront. The menu has a genre and popular products drop down, search box and access to your shopping cart. The primary focus is a rotating panel of their featured titles. There’s a very small section for bargain games and a larger bar showing 5 New Releases or 5 Upcoming Games. At the bottom you have two columns for the most popular games and games on sale. There is a lot of wasted space here with unneeded spacers and names of games under easily read icons of the box art. 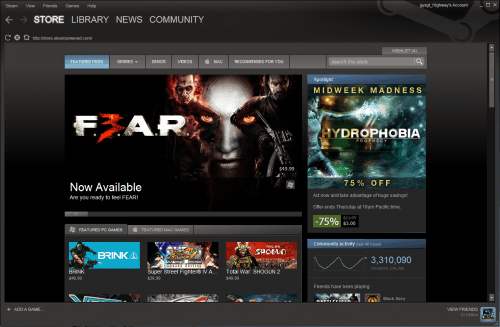 Steam’s storefront is a a little busy to say the least. At the top is the menu with basics like search, categories, genre, etc. The difference from Origin is the inclusion of videos, demos, and titles for Mac. Below this is the featured titles on a rotating bar, then another featured section for PC/Mac with a different focus, and further down is the title Rolodex. It has four categories of New Releases, Coming Soon, Special Offers, and Top Sellers that will list titles 10 at a time. Further down is recently added section and the publishers catalogs. In a second smaller column on the right you will find special offers, a link to the Valve store, metric data, and other odds and ends.

Origin gives you too little in the store and you will see the same 4 or 5 titles listed 2 or 3 times. While on the opposite end, Steam almost overwhelms you with options. Both need to trim down their storefronts. Steam needs to reorganize their store and Origin needs to have a tighter focus, both to cut down on redundancies. Now lets move onto where most of your time with either will be spent, the game library. 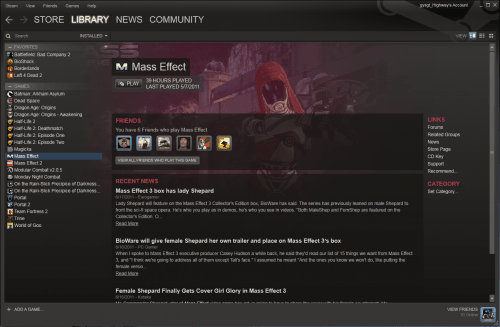 The Steam Library can be a thing of beauty. You can change what titles are show by various options, and even search for a title if you have a large library. You can change from 3 different view styles each with their own advantages.

The list view includes metrics on you and your friends, news about the selected title, and achievements you have no earned. The tile view shows an easy to read, re-sizable icon for each game. Finally, the detailed view has the game’s tile icon, Metacritic score, when you lasted played it, and its current status. This is obviously an idea borrowed from operating system file managers, but they are all executed well. 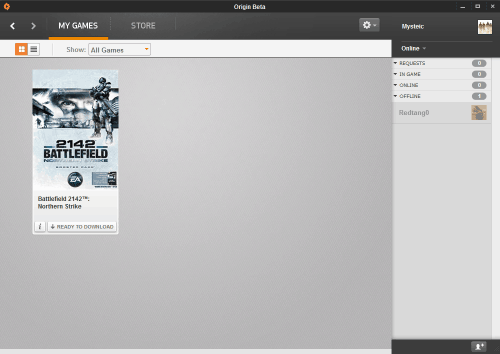 The Origin library is a very spartan experience. It has two view styles of list or tile icons. Neither view option offers more than your library of games. The tile view uses these massive icons of the box art, then wastes space by repeating the title under the box. The list view is just that, a simple list of your games. Both have a dynamic button for download, install and play. You can adjust what titles are shown in Origin like Steam’s library. There is no search box, but I don’t expect a library of just EA titles to grow out of hand.