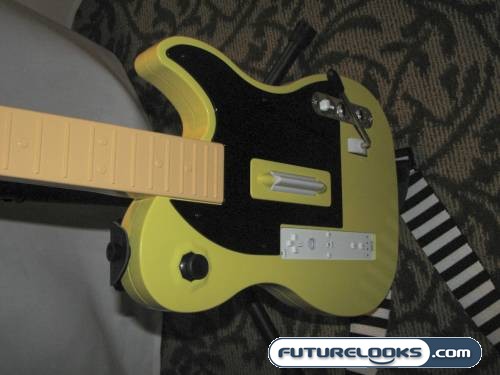 Although you won’t find NYKO Technologies Inc. on the trade show floor at the LVCC, the video game accessories maker is totally attending CES 2008. I had to head up to their private suite at the Las Vegas Hilton to check out their gear, but coming from a long-time console gamer, I have to say that the trip up the elevator was totally worth the trip. They had accessories and goodies for just about every system on the market, but it was in the home market where they piqued my interest. Here’s a quick rundown of what they had to offer. 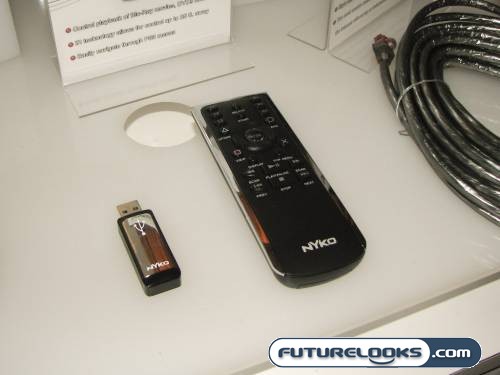 Ah, the PS3. Some people say that this is the system responsible for Blu-ray’s tentative victory over HD DVD (although the latter isn’t technically dead just yet). It goes without saying that Nyko would have a full complement of accessories for this glossy black wonder, and the first of which is a less expensive alternative to the official Blu-ray remote control. Called the BluWave Infrared Remote, it has just about the same functionality as the official Sony counterpart. A USB dongle plugs into the front of your PlayStation 3 and then you’re enjoying your favorite Blu-ray movie from your couch. The effective range is about 25 feet and it’s powered through 2 AAA batteries. 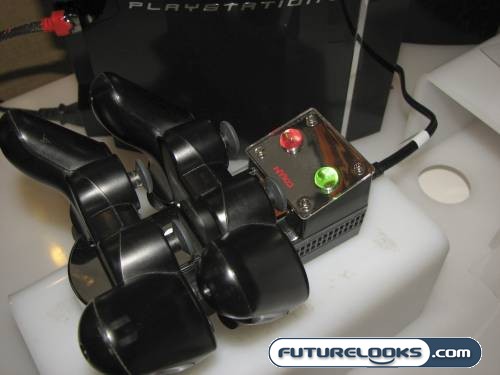 One of the pains associated with the PS3 is the fact that the system has to stay on for you to charge the controllers through the USB ports in the front. Nyko has made this a lot simpler with the release of the Charge Base 2. The reasonably compact unit has enough room for two controllers, and then the whole thing plugs into a regular wall outlet. It’s also notable that the Charge Base 2 doesn’t connect to the PS3 controllers via miniUSB, per se, instead making use of a special adapter that converts the miniUSB port into a battery connector. 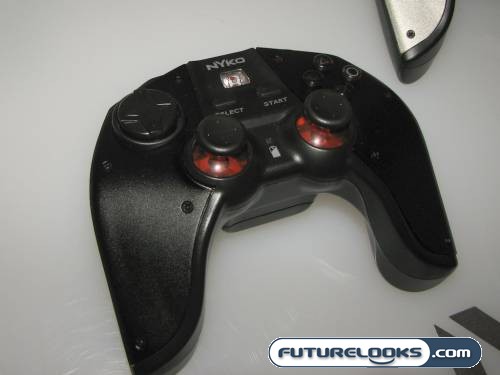 The flagship product from Nyko is the Zero Wireless controller for the PS3. Easily the biggest feature is that this controller has SIXAXIS and vibration! Yes, Nyko has beat Sony to market with a PS3 controller with both functionalities. Too bad there aren’t too many games that current offer full vibration feedback. It’s nice that the controller makes use of a “unique metal polymer resin hybrid” for ergonomics and cooling. I also appreciate that it had some weight to it. What’s weird is that it’s powered by an AA battery pack rather than some sort of rechargeable solution.