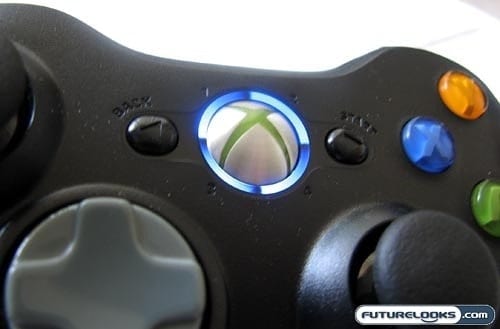 While you can walk into just about any video game store and get bombarded with a wide array of Nintendo Wii accessories, such is not the reality with the Xbox 360. For whatever reason, Microsoft will allow for third-party chargers and faceplates, but they’re really stingy when it comes to allowing for third-party controllers. What is a gaming enthusiast to do?

Rather than trying to fight the suits in Redmond, the guys at Evil Controllers took a wholly different approach. They take the official OEM Microsoft Xbox 360 controllers and modify them to suit the needs and requests of the gaming community. We were supplied with two such controllers, so let’s see if they’re worth the premium price of admission.

At first glance, the Xbox 360 controllers modified by Evil Controllers will look largely like their unmodified cousins. This makes sense, since Evil isn’t completely revamping these controllers. Instead, they institute in small but possibly significant changes that enhance the gaming experience.

They have a mod, for example, that allows for rapid fire, making it great for first-person shooters. There’s another controller modified for Tiger Woods Golf where you can get full power with the press of a single button.

The Evil Xbox 360 controllers that we received both include the same two modifications. They were equipped with Evil Sticks and they were given a “ring of light” mod for an added dash of style.

Those two controllers don’t look like anything special, but they have been personalized by Evil Controllers. The Evil Sticks, as they call them, are just a little bit different from the thumb sticks that you would get with a regular OEM Xbox 360 controller. 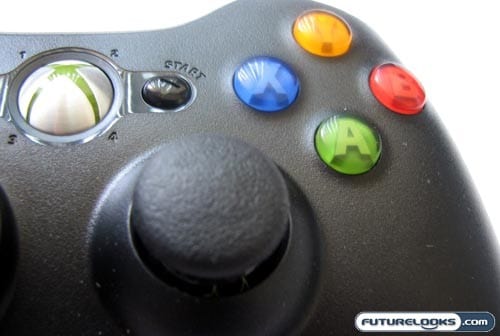 The guys at Evil Controllers go on to say that these Evil Sticks will provide force feedback, amazing accuracy, and maximum durability, but I’m a little more skeptical. The Evil Sticks may make for a better overall experience, particularly for FPSs, but I’m not sure about the added accuracy.

The Issue of Color-Matching 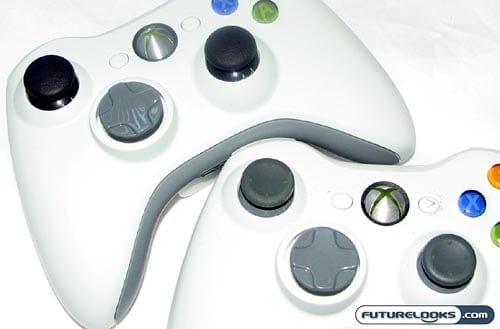 This is a very minor quibble, but you’ll notice that the black Evil Sticks look quite different from the grey thumb sticks that come standard with the Xbox 360 controller. If you’re worried about color-matching, this could provide for a minor annoyance.

It’s not completely clear from the photos, but I also found that the tops of the Evil Sticks felt just a touch bigger than the standard thumb sticks. This might be because of the convex shape, but I like it. For longer gaming sessions, it really was more comfortable.

The Evil Sticks replace both the left and right analog sticks on the Xbox 360 controller, so you are still provided with a uniform gaming experience. For the purposes of testing their performance, I played a couple of sessions of Street Fighter IV and Gears of War.

The added grip seemed to be nice, but it didn’t feel like it was giving me very of an advantage at first. That’s at first. After I played for a little longer and my hands started to get a little sweaty, I really started to appreciate the textured convex surface of the Evil Sticks.

With the regular analog sticks, I found that my thumb could slide off quite easily. This was especially true when using “charge” characters in Street Fighter IV, like Guile and Vega. With the Evil Sticks, my thumbs could stay put a lot easier.

Playing through Gears of War, I had a similar experience. Holding the thumb sticks in any direction felt more comfortable with the Evil Sticks, because it never felt like my thumb was going to slide off.