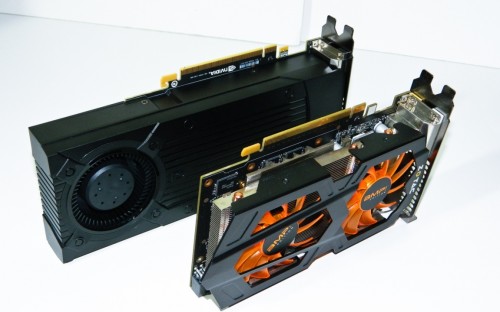 As we mentioned before, it’s pretty rare to see someone buying the latest video card to only play their old games unless their old card has malfunctioned. So instead of testing every generation of game, we’ve decided to concentrate on what’s most important which are the latest games that tax the performance of today’s GPUs. There is a lot of clean edges and DirectX 11 tessellation at work in all the latest games which can warrant an upgrade. 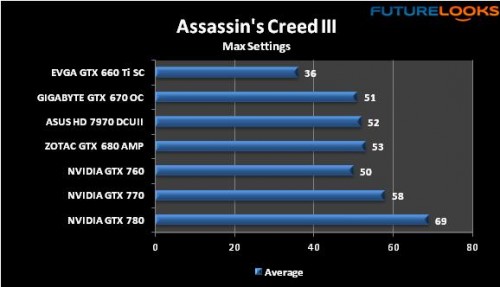 After giving AC III a few spins on the new card, I found the game play smooth. It’s the only game in the tests that doesn’t properly support 3D gaming. None the less, there’s a lot to appreciate when you have a GTX 760 installed. It’s the TXAA smooth sampling that makes the game look so good. I think the 10-15% frame sacrifice is worth it and should be left on. 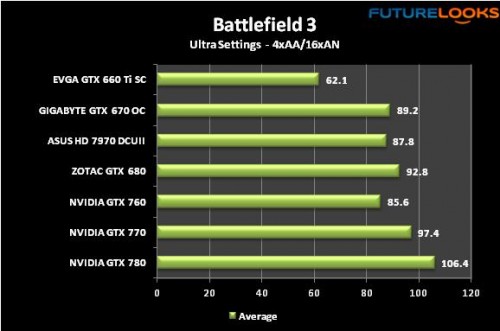 Despite all the Battlefield 3 quirks in multiplayer, the game is still quite decent in single player. Even with all the mapping, textures, moving models, and fast pasted graphics, the GTX 760 shows itself to be a capable battle card. It will no doubt do well in Battlefield 4 as well when it launches later this year. 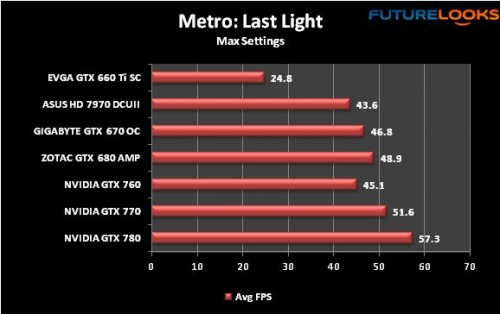 I wasn’t expecting the GTX 760 to perform so well here especially given how brutal Metro has been on any and every card since Metro 2033 launched. In contrast, a game like Crysis 3 has a lot more mapping to stall a GPU but Metro uses immense textures and ambiance to slap the GPUs silly. Nicely done to say the least. 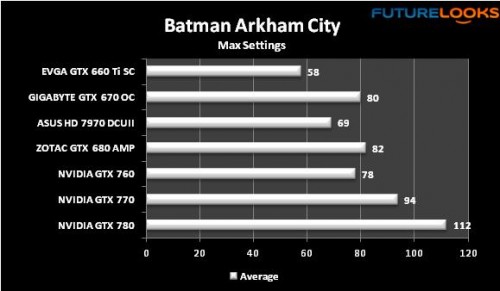 PhysX is rocked by the GTX 760, or any NVIDIA card for that matter. The card still came in just a couple frames slower than the former, more expensive GTX 670 OC. It’s obvious where the card lands performance wise.

Next we move on to synthetic benchmarks, power consumption (plus temps/noise) and bring it on home before your coffee is done!