It’s not that a home theater PC (HTPC) would make a bad Father’s Day gift idea, per se. I’m sure that any father would love the ability to watch a variety of multimedia content on a giant HDTV, streaming his videos over Hulu or whatever other source he wants. I’m sure that almost any dad would love the ability to surf the web from the comfort of the couch. That’s not the point.

The point is, unless dear old dad is as computer savvy as you are, you may end up getting more phone calls than you’d like when the old man runs into problems setting up and configuring his HTPC. “Hey son, the video I downloaded isn’t playing. What the heck is a CODEC?”

Save yourself the headache. As nice as it may be, the gift of an HTPC may exercise strain on your father-son relationship.

Electronic Cigarettes to Help Him Quit? 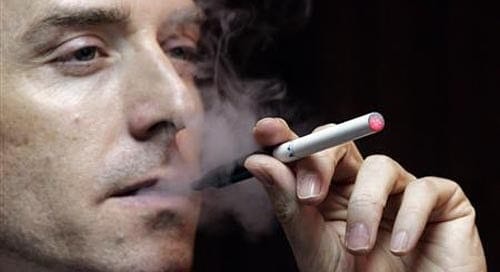 You might remember when I found these e-cigarettes at CES earlier this year. The E-Cig, as it is known, looks jus like a real cigarette, except there is no tar and no smoke. Dad can still get his nicotine fix without doing any other harm to himself or those around him.

This may sound like a good idea, but I don’t think too may people (fathers included) want to be reminded of their vices and health issues. “Here you go, dad. Have some weight loss pills, a box of Rogaine, and some e-cigs to help you quit.” Yeah, not smart.

Alternative: A bottle of Johnny Walker Blue Label (to share!) 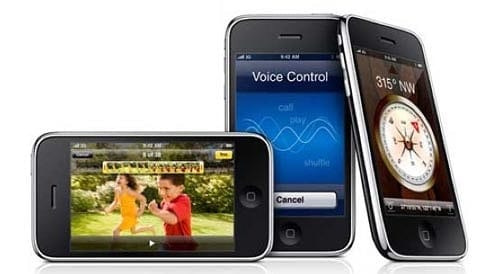 Before all the Apple enthusiasts jump all over me for saying this, I’m not necessarily opposed to the new Apple iPhone 3G S itself. Although I’m not personally a fan of touchscreen keyboards, I can see how many people have become fans of the iPhone series.

However, the general rule with Rogers/Fido and AT&T is that you have to sign a new contract (or renew an existing one) in order to get your hands on an iPhone. There’s nothing quite like the gift of two (or three) years of cell phone bills.

This will also depend largely on your gadget orientation of your dad, but he may not like the idea of a full touchscreen phone either. Where are the buttons? Where’s the dial? How do I just make a call? 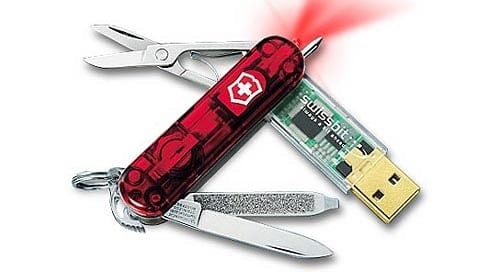 A Swiss Army knife can be incredibly useful. You never know when you may need a tiny pair of scissors, a remarkably small screwdriver, or a corkscrew at any given moment. At the same time, you never know when an extra USB flash drive might come in handy for saving and transporting some important files.

Combining the two, however, results in a cheaper-looking product that achieves the level of functionality of neither product. It’s not like you’re getting that much of a deal by getting the convergence “Swiss Flash USB Knife” either, since the 2GB model retails for about $50.

Convenience is one thing, but this is too dorky without any added utility.

Alternative: A big flash drive and a Swiss Army Knife

What Are You Getting Your Dad for Father’s Day?

Personally, my dad isn’t exactly digitally inclined, so getting him a gadget-minded gift would just be flushing money down the toilet. Instead, I’m catering to the one thing that I know he loves: Good food. We’re going out for a dinner at a nice restaurant. What about you? What are you getting for your old man? Chime in through the Futurelooks Forums!