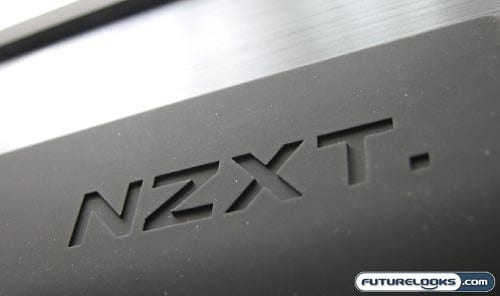 It’s partly because I tend to work out of some rather cramped quarters, but I haven’t owned a desktop computer in years. Instead, my trusty notebook has become my main computer, handling all of my image editing, word processing, and social networking. One thing that I learned very quickly, however, is that the built-in cooling on most laptops can leave much to be desired.

In this way, getting a good notebook cooling stand is a very good idea, both in terms of improving performance and in terms of extending the life of your notebook’s components. NZXT has always created some nice quality products and the latest addition to the line is the new NZXT Cryo S aluminum notebook cooler. Does it look familiar? It should. 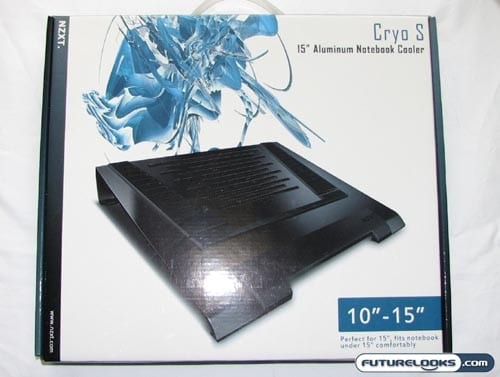 By and large, you could say that the NZXT Cryo S is really just the little brother of the Cryo LX that we saw last year. As you may recall, the Cryo LX was marketed as the world’s largest full aluminum notebook cooler, accommodating up to 19-inch widescreen laptops. That’s pretty big.

Whereas the Cryo LX had a flip-out portion to handle bigger laptops, the Cryo S is just a single sheet of thick aluminum. This is because it is designed to cool up to 15-inch widescreen laptops. It’s also suitable for smaller netbooks, like the Acer Aspire One as well. 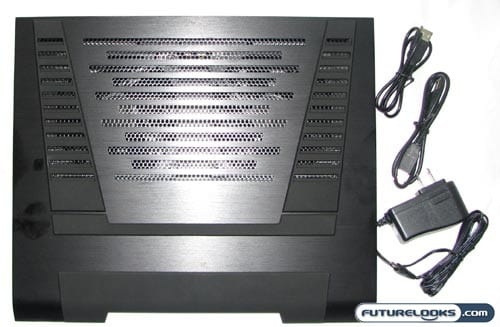 As with the Cryo LX, the NZXT Cryo S doesn’t come with all that much in the box. In my original review of the Cryo LX, I noted that it did not come with any instructions, because it really didn’t need any. Well, the Cryo S ups the ante just slightly with a single page of instructions. As before, if you need instructions to handle two cables, you may be in a big of trouble anyhow.

In addition to the single sheet of instructions and the notebook cooling stand itself, you’ll also find a USB-to-USB cable, a DC-to-USB cable, and a wall charger cable.

Getting Power and a USB Hub

Swinging around to the back of the NZXT Cryo S and you’ll find a series of ports. With other iterations in the Cryo cooling stand series from NZXT, the only way that you would get power to the cooling fans was with a USB cable. Well, drawing power from a USB port on your notebook can increase its heat output too.

For this reason, it’s nice to see the inclusion of a cable that lets you power the fans through a standard wall outlet as well. This may not be the greener of the two solutions (a regular USB power cable is provided as well), but it may be able to help with cooling.

To the left of the DC outlet is an unmarked USB port. This can be connected back to your notebook using a standard USB cable, effectively making use of the two USB ports to the right. You see, the Cryo S also features a two-port USB hub. Next to the two USB ports is a simple dial for adjusting the speed of the fans.