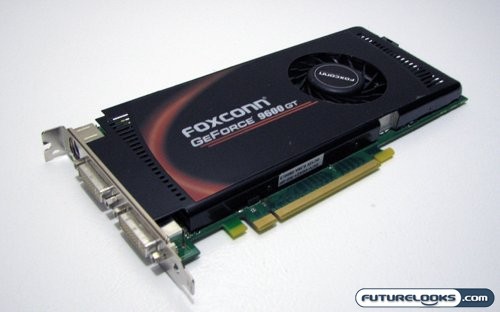 With video cards being of such high performance, vendors have to stick closely to the reference designs laid out by the OEM. The case with the Foxconn 9600GT-512NO is no different, as Foxconn has followed NVIDIA’s original layout to the letter. That means a single slot design, with a cooler covering the entire length of the card. Vendors are allowed to add a little bit of flair to the cooler, by way of a decal. 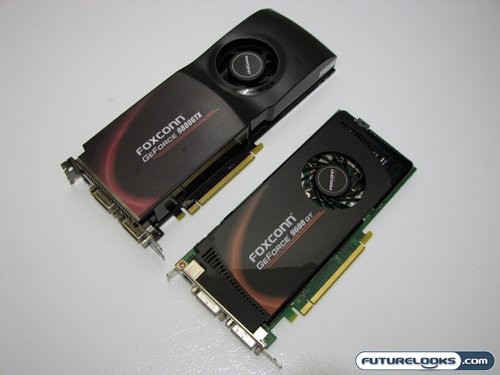 Not only is the Foxconn 9600GT-512NO slimmer than the 9800GTX-512N Extreme, but it’s much shorter. This should make the card a good choice for small form-factor systems where space is at a premium. With that in mind, you should be able to build an SLI rig in a rather compact space. 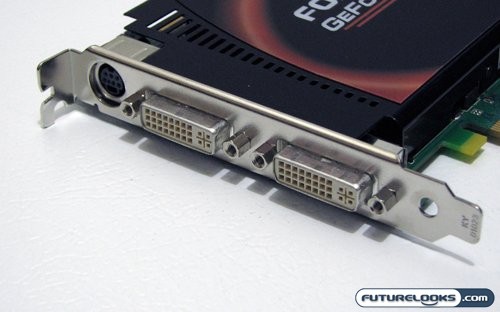 As for connectivity, Foxconn has included the typical complement of ports found on modern single slot video cards. There’s two DVI ports, and the port used for the video dongle. This dongle supports Composite, S-Video, and Component connections. The card of course supports HDCP, should you wish to connect it to an HDTV and watch high definition content. Should you be without a digital DVI capable display, Foxconn does include two DVI-to-VGA adapters. Unfortunately HDCP information is not passed over this, or any, analogue connection. 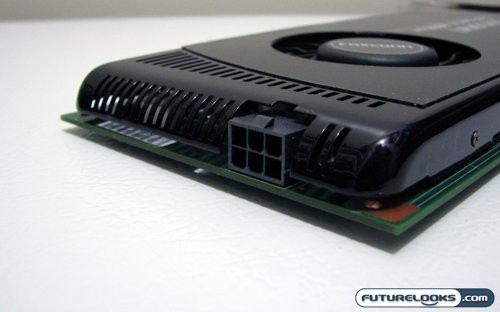 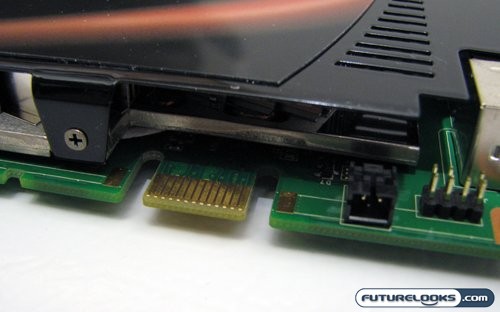 I had mentioned using this card in an SLI array before, and at the price point we expect this card to hit, it’s definitely not a bad idea. However the 9600GT is only setup to support dual card SLI. There’s a single SLI connector on the edge of the card. Next to it is the same S/PDIF connector we saw on the 9800GTX-512N Extreme, and once again there isn’t any mention of this in the manual.